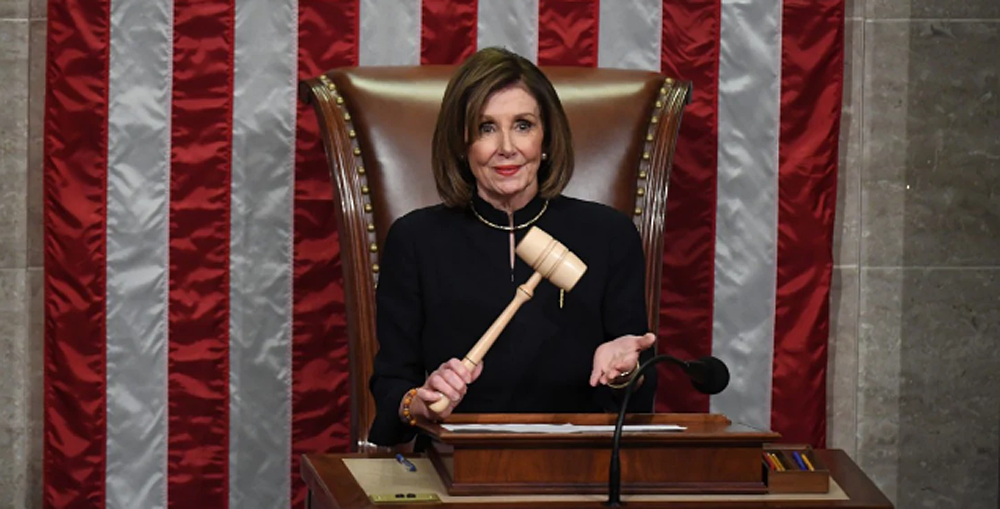 House Speaker Nancy Pelosi is leaving open the possibility of withholding articles of impeachment against President Donald Trump until she is assured a ‘fair trial’ in the Senate. Of course the question is, a fair trial for whom?

“So far we haven’t seen anything that looks fair to us,” Pelosi said Wednesday after her caucus voted to impeach the president. She was referring to what Democratic leadership plans on doing after the vote.

“But right now, the president is impeached,” Pelosi added, suggesting to reporters that she plans on holding up the impeachment process.

The House voted on two articles of impeachment — abuse of power and obstruction of Congress. The House voted 230-197 on the first article, with Democratic Hawaii Rep. Tulsi Gabbard voting “present” and 229-198 on the second article. No Republicans voted for the impeachment of Trump.

More than 228 Democrats voiced support for impeachment or an impeachment inquiry even as Pelosi initially pushed back against such attempts. The California Democrat has said she believes Trump is “goading” Democrats to impeach him because he thinks it will help him fire up his base.

Democrats are still sending congressional subpoenas to Trump associates as they attempt to collect documents related to the ongoing “scandal” regarding the president’s phone call with the president of Ukraine. The House intelligence, foreign affairs and oversight committees are continuing their investigation into Trump, his cabinet members and closest allies.

This is in keeping with statements made by several Democrats that even should Trump get re-elected they will continue to hold impeachment inquiries and hearings “over and over”. The only way the Republicans can put a stop to this is to take back the House in 2020.

If and when Pelosi forwards the articles of impeachment the Republican-controlled Senate, they will hold a trial and determine if Trump should be removed from office.