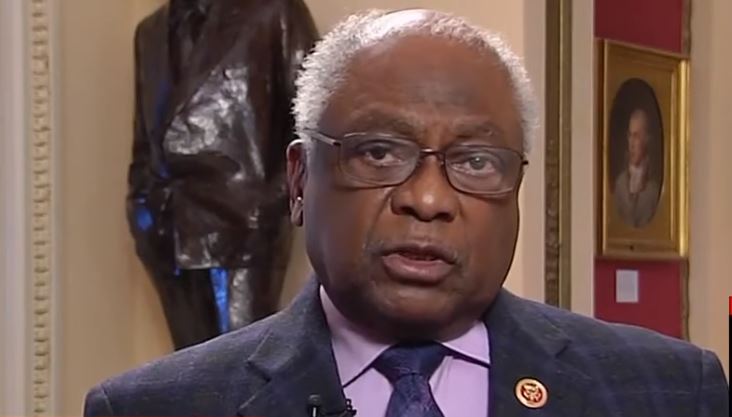 In one of the most shocking displays of how evil partisan politics gets a top Democrat called for the President of The United States to be hung.

Congressman James Clyburn appeared on the CNN show “New Day” and spoke to host John Berman about the impeachment of President Donald Trump.

But Berman did not have a word to say to Rep. Clyburn when the latter called for the trial and murder of President Trump.

Berman asked Rep. Clyburn why there was a delay in handing the Articles of Impeachment to The House and that is when it got off the rails.

“Well, the delay is made necessary because the majority leader of the Senate has made it very clear that he’s not going to be impartial.

“He’s not going to be fair. He will collude, if you please, with the White House, at least the White House’s attorneys, to decide how he will go forward.

“Why would the Speaker of the House step into that without trying to determine exactly what the majority leader plans to do?

“So, I applaud her for this. In fact, I was one of the ones arguing that this ought to be the case. And until we can get some assurances from the Majority Leader that he is going to allow for a fair and impartial trial to take place, we would be crazy to walk in there knowing he set up a kangaroo court,” he said.

And he would know about a kangaroo court as that is what the House ran for three months against President Trump.

But what the representative from South Carolina is saying is that he wants to hold the Articles of Impeachment for ransom.

The same Articles of Impeachment that Democrats insisted were imperative to stop a lawless president attacking The Constitution.

Berman then asked Rep. Clyburn how long he would be willing to withhold the Articles of Impeachment if the Senate does not cave.

“If you know and he’s told you what he’s going to do, let’s give him a fair trial and hang him. It’s the reverse of that,” he said.

Berman, an anchor of one of the most powerful news networks in the world, did not say a word. He just moved on to the next question.

“As long as it takes? Are you willing to hold the articles indefinitely if Mitch McConnell doesn’t concede the points that you’re asking him to? Are you suggesting it’s possible you will never transmit the articles of impeachment?” Berman said, just skipping the part about murdering the president.

Imagine the fury, the calls for resignation and the media pearl clutching that would have occurred.

But on CNN apparently if you are a Democrat, you are allowed to say anything you want and not be challenged.