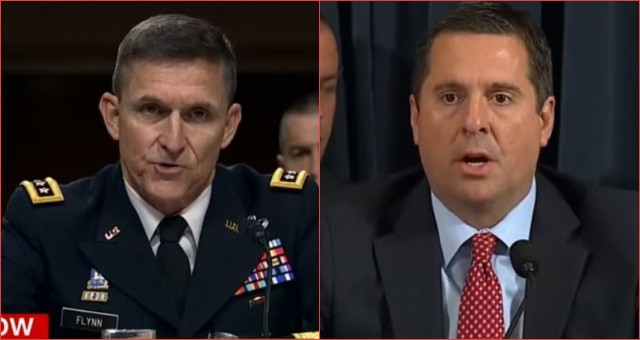 She wants the court to throw the book at the violators…

(TNS) One of the first casualties of the newly-elected Trump administration was retired Lt. Gen. Michael Flynn, the president’s first national security adviser.

President Trump hadn’t been in office a month when he found himself firing Flynn for allegedly misleading Vice President Mike Pence about a conversation he had with a Russian diplomat during the interim period between Election Day 2016 and Inauguration Day 2017.

The conversation was innocuous and had nothing to do with any ‘collusion.’ And Flynn, whose three-decade military career was spent almost entirely in the intelligence community, had to know that the his government would be monitoring any conversations any Russian diplomat would be having with anyone on U.S. soil.

But when FBI agents came to visit him in at the White House during the transition period, he couldn’t have known they were actually there to interrogate him as part of the Spygate set-up. Hence, his ‘lie’ when asked about that conversation; missing one minor detail, to an FBI agent, can mean you’re ‘lying’ and, thus, you committed a criminal act.

And why didn’t he know? Because the FBI agents who interviewed him (one of them being Peter Strzok) never informed him that he was under investigation, that he was being interrogated. And he was never read his Miranda rights, according to his attorney, former federal prosecutor Sydney Powell.

In an interview Thursday with Fox Business Network, Powell blasted the FBI for setting Flynn up, who is still waiting to be sentenced, by the way, for his ‘crime.’

She also blasted the secretive FISA court for failing to respond to Rep. Devin Nunes’ (R-Calif.) warnings that their Spygate surveillance applications were based on bogus information — the discredited, uncorroborated, unconfirmed political document known as the ‘Steele Dossier.’

Nunes warned the Foreign Intelligence Surveillance Court twice over the course of a year that the information being presented to them by the FBI on Trump campaign aide Carter Page, even after he left, was bogus. And yet, the court continued to rubber-stamp the FBI’s warrant applications.

Just like the court — and, so far, the Justice Department — has ignored the travesty committed against Flynn.

“It’s a very serious problem,” Powell said. “The FISA judges have been rubber-stamping anything the FBI has been putting in front of them.

“There was no probable cause recited in the Steele Dossier in the FISA application for Carter Page to the extent we’ve seen it unredacted,” she continued.

“There isn’t a single first-hand allegation of any wrongdoing that would have flown in any search warrant I’ve done in the hundreds I’ve done in my career. It’s absolutely appalling.

“I would encourage the FISA court to stand up now and do something meaningful to stop this kind of conduct and enforce their own standards, like hold the people in contempt, bar them from practicing in front of the court, expose their names to everyone, and what would be really good is if they would invalidate the search warrants,” said Powell, adding the court has the power to retroactively do that.