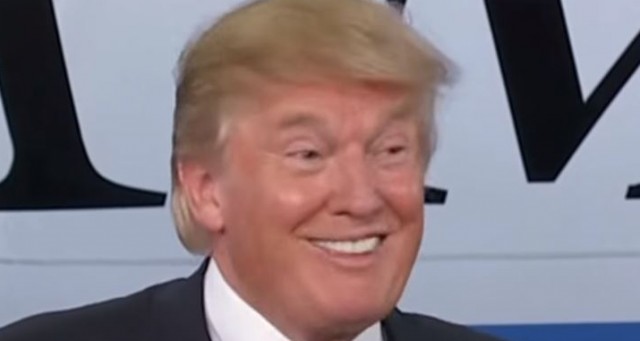 Nothing in politics is a slam dunk, but Trump’s looking good for 2020…

(TNS) The state of Florida, a long-time swing state that many believed was trending blue, went twice for Barack Obama.

But in 2016 the state voted handily for President Donald Trump, rejecting the most criminally investigated nominee in the history of the republic, Hillary Clinton.

Since then, Floridians have replaced a long-serving Democrat senator with a former GOP governor, Rick Scott, and installed a Republican governor in Scott’s place, former U.S. Rep. Ron DeSantis.

New polling data on DeSantis, by the way, is simply mind-blowing. The man is about as popular a governor as there ever has been.

That’s simply astounding and congratulations to Gov. DeSantis for those numbers. He’s obviously doing something right.

But the state Republican Party deserves a lot of credit too in helping keep a key battleground red.

Right now, across the state, for every Democrat that registers, two Republicans are added as well (via WGCU SW Florida):

Despite much-publicized efforts by the Florida Democratic Party and its allies, state data shows Republicans in the swing state are far outpacing Democrats when it comes to the raw number of registered voters.

Between January and September 2019 — the latest month for which data is available — Republicans registered a net 23,084 new voters in the state, compared to 10,731 Democrats, according to the Florida Division of Elections.

That’s more than a two-to-one net advantage for Republicans. …

Joshua Karp, a spokesperson for Forward Florida, dismissed concerns on Democratic voter registration numbers, and pointed to what he said is a strategic build-up of efforts before 2020.

“There’s two numbers that really matter right now. The first one is — we still have ten months before the voter registration deadline for 2020,” said Karp. “The other number is the current gap between Democrats and Republicans that are registered in the state.”

Democrats have over 200,000 more registered voters than Republicans in Florida, and has long held that advantage. But in election cycle after election cycle, the Republican Party has been better turning out its voters to the polls, despite the slight numerical disadvantage. Over the last two decades, it has translated to a near Republican monopoly on Florida politics.

As for those voter registration numbers, Forward Florida (misnamed, because Democrat Left-wing policies are actually regressive, not progressive) is fudging them because the group counts “anyone who filled out a voter registration form as a ‘new’ voter, even if they were just updating their voting address.”

Plus, there is definitely the “Trump” factor. Scores of Democratic voters flipped to him in 2016 and are expected to do so again in 2020.

That’s especially true of minorities. Yes, this ‘racist’ president’s approval rating among minority voting blocs is improving, not sinking, and his management and stewardship of the booming economy, as well as his outreach to minority communities, is contributing to his rising numbers.

Is the 2020 election already over, in essence? We would never say that because in politics, nothing is a slam-dunk. But the president continues to pack ’em in at his rallies, and in one swing state after another, he appears to be doing even better than he did in 2016 — both of which are good signs.