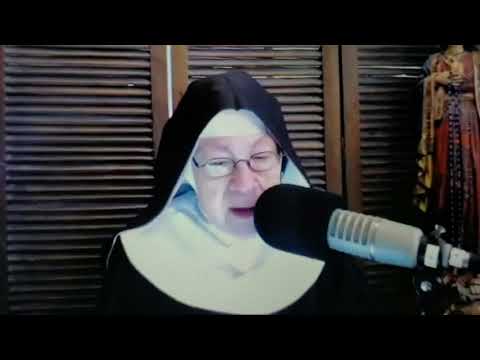 I wish to endorse a global event, to take place on 14 May 2020 on the theme Reinventing the Global Educational Alliance. https://t.co/rcVFp7iigp

As a former Catholic who still has much love for the people of the Catholic Church, I have been paying a lot of attention to Pope Francis.

He seems in a rush to destroy The Church which he leads and is opening his arms to all faiths.

However, at least one of those faiths is not peaceful and will not ever accept him or his flock.

He doesn’t seem to care that their teachings go against those of his own church.

Now, as you can see from the tweet at the beginning of this article, Pope Francis is pushing another “globalist” think tank known as “Reinventing the Global Educational Alliance” to be held at The Vatican in 2020.

Some have claimed this Pope is trying to establish ONE WORLD RELIGION to facilitate his globalist beliefs.

It’s hard to argue that claim.

Pope Francis claims that we are all meeting God in different ways?

So a Muslim that beheads a Christian will join that Christian in Paradise?

How can those people possibly be worshipping the same God as you and I?

They want to convert us or kill us all.

The Pope’s embrace of Islam has led many to believe that he will be the end of The Church and may just be the Antichrist.

The Nun in the above video specifically talks about the “Reinventing the Global Educational Alliance” summit to be held in May.

She certainly minces no words and believes that Pope Francis is leading his flock astray.

It’s very hard to argue that she is wrong.

ROME – Pope Francis is inviting world leaders and young people to come together at the Vatican on May 14, 2020, for a an event called “Reinventing the Global Educational Alliance.”

“Never before has there been such need to unite our efforts in a broad educational alliance, to form mature individuals capable of overcoming division and antagonism, and to restore the fabric of relationships for the sake of a more fraternal humanity,” Francis wrote in the message announcing the initiative, released by the Vatican’s press office on Thursday.

According to Francis, education today clashes with a process of “rapidification” that traps human existence in a “whirlwind of high-speed technology and computerization, continually altering our points of reference.”

As a result, human identity loses “its solidity,” he wrote.

According to an African proverb, Francis wrote, “it takes a whole village to educate a child.” When it comes to education, that village still needs to be created, beginning by clearing the ground of “discrimination,” and fraternity “must be allowed to flourish.”

According to the pope, this not only includes teachers, students and their families, but wider civil society, including science, sports, politics, and charitable organizations.

“An alliance, in other words, between the earth’s inhabitants and our ‘common home’, which we are bound to care for and respect,” Francis wrote. “An alliance that generates peace, justice and hospitality among all peoples of the human family, as well as dialogue between religions.”

Vatican News has this:

Announced on Thursday, the educational alliance meeting will see the attendance of representatives from various religions, NGOs, academia, and cultural and political leaders, at the invitation of Pope Francis.

The initiative seeks to “rekindle our dedication for and with young people, renewing our passion for a more open and inclusive education, including patient listening, constructive dialogue, and better mutual understanding,” according to the Pope.

This is all good and fine but the Pope is either misguided of just plain evil.

How can he continue to open his arms to accept those who want to kill him?

Is Pope Francis really trying trying to unite what can not be united?

Most of “his flock” seem to be buying this event as a good thing, but not all.

"{14} Be ye not unequally yoked together with unbelievers: for what fellowship hath righteousness with unrighteousness? & what communion hath light with darkness? {15} And what concord hath Christ with Belial? or what part hath he that believeth with an infidel?" (2 Cor 6:14-15) pic.twitter.com/5AyXIXPkGR

Pope Francis –
'Detaching oneself from one’s roots in order to be modern will lead to ruin and suicide. Rather, one needs to go against the tide and bear Christian witness through prayer, penance, humility and charity, in order to speak to the heart of men and women of our time'

Response to a papal Tweet – A friend said, "If this pope spent less time an global educational projects and more time on, for example, making sure the world really was consecrated to the Immaculate Heart, there might be fewer crowds of people leaving the Church."

This tastes of sulfur. Lord have mercy on us.

I think that the Sister in the video might agree with Sara.

I was not only raised Catholic, but spent 3 years in a Catholic Seminary before making a decision that Catholicism was not for me.

That was when The Church still had solid leadership at the very top, despite its growing problems with pedophile priests.

As Robert John Bennett said, the Pope should be focusing on the word and growing his church.

Instead he chooses to endorse those who wish him dead.

The Catholic Church is in major trouble with Pope Francis leading.

And, if his plans are as evil as some suspect, all of Christianity may be in danger as well.

What leader could endorse an unholy alliance with those who wish to kill his people?

Not to dive down the rabbit hole too far, but I certainly have entertained the idea that Pope Francis is the evil incarnate that the Nun in the video claims.

Is he a Pope with an evil plan to betray his own people?

There is no doubt in my mind.

Let’s all pray that I’m wrong.