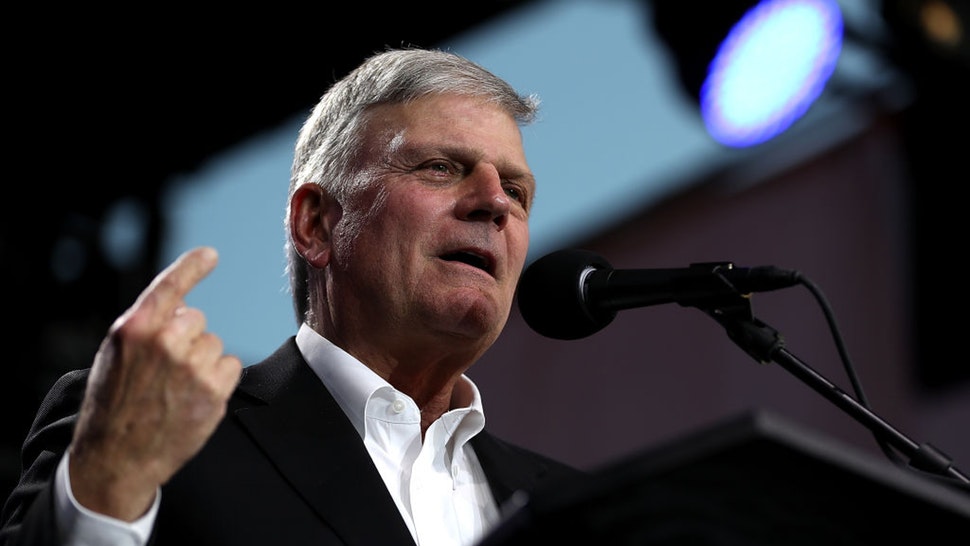 Christian evangelist Franklin Graham is pushing back on the magazine started by his father after Christianity Today penned a piece calling for President Donald Trump’s removal from office.

Christianity Today — started in 1956 by evangelist Billy Graham “to give voice to the evangelical movement” — published an editorial by the magazine’s editor-in-chief, Mark Galli, on Thursday, titled, “Trump Should Be Removed from Office.“

While noting that the president’s impeachment is a “significant event” in history, Galli says, “It requires a comment.” Galli also notes that “politics does not dominate our homepage” of the magazine, but “we do feel it necessary from time to time to make our own opinions on political matters clear.”

“[T]he facts in this instance are unambiguous: The president of the United States attempted to use his political power to coerce a foreign leader to harass and discredit one of the president’s political opponents. That is not only a violation of the Constitution; more importantly, it is profoundly immoral.”

Pointing to a previous Christianity Today article from 1998, Galli writes, “Unfortunately, the words that we applied to Mr. Clinton 20 years ago apply almost perfectly to our current president.”

Galli added, “That he should be removed, we believe, is not a matter of partisan loyalties but loyalty to the Creator of the Ten Commandments.”

“To the many evangelicals who continue to support Mr. Trump in spite of his blackened moral record, we might say this: Remember who you are and whom you serve. […] We have reserved judgment on Mr. Trump for years now. Some have criticized us for our reserve. But when it comes to condemning the behavior of another, patient charity must come first.”

In response to the magazine’s article, Graham wrote in a statement on Facebook, “Yes, my father Billy Graham founded Christianity Today; but no, he would not agree with their opinion piece. In fact, he would be very disappointed.”

Graham continued to say that his father knew Trump and voted for Trump. He added that “for Christianity Today to side with the Democrat Party in a totally partisan attack on the President of the United States is unfathomable.”

Contributed by Daisy Luther of The Organic Prepper.

Courtesy of The Daily Sheeple