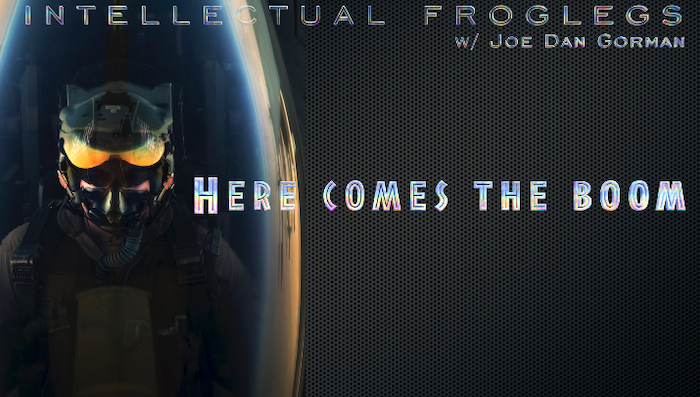 Editor’s Note: I asked Joe Dan if I could run his video today and just use his write up. I wrote the title. I’m done. LOL Guys like us understand that there just aren’t enough hours in the day sometimes. I would like to ask you a favor. Joe Dan Gorman’s work survives primarily off of donations. Watch the video below and if it is not one of the best conservative video takes you have ever seen, send the Clinton hitmen after me. But if you feel we need more JDG in 2020, please tip him here. -God Bless, Dean Garrison (Publisher/Editor/Frog Legs Taste Tester)

Although we were all watching as it happened…no one is quite sure what exactly happened to the Democratic Party—a collective bump-on-the-head? A group lobotomy? Who knows? But we know this… they’ve lost their soul. They have no moral compass, yet they preach morality; condemning all of us who disagree.

…and America is about to kick their ass.

As they’ve moved further to the left, the Democrats have aligned themselves more and more with the most staunch enemies of America:

They don’t care about Russians or a rogue FBI….

The list is so long– – and with a death grip on news, entertainment and sports media— they’ve poisoned every aspect of American life.

Rather than continue a never-ending list of outrageous and unethical behavior by the Democrats, I will simply direct you to the prophetical 1957 publication “The Naked Communist” which many of you are aware— wherein it details Communism’s 45 goals to destroy America—and as was entered into the Congressional record in 1963

They have been so brainwashed themselves—They have no idea what’s about to hit them.

#PAPER BALLOTS? Personally I would support a paper ballot campaign.

More episodes in 2020! 2019 required me to travel more than I EVER had…. And I was forced to move due to black mold. So the result was fewer episodes. This is the first episode in the new studio… in the new home…. and NOW we’re ready for 2020.

God bless you for supporting Intellectual Froglegs and our patriotic friends in independent media… Thanks to you, we’re now in our eighth year. If you enjoyed the show, and if you are so inclined—you can make a donation here.

If you’re too strapped to donate—we’re probably cousins—-don’t worry, but you can still share the show. Sharing is extremely important, especially with the massive anti-conservative movement on social media

Now we’re gonna celebrate the birth of Jesus Christ, our Lord and Savior… and wish our Jewish friends a Happy Hanukkah.

Thank you guys for your support and your patience.

I love you guys.

Joe Dan Gorman is the writer, host & producer of AWARD WINNING Intellectual Froglegs, the funniest conservative show anywhere. Unapologetic Christian. Former Real Estate Investment Broker until real estate collapse in 2007. Began new career in 2011 – Intellectual Froglegs is like a one-man band… and Joe Dan is that one man. Put God first and everything else will fall into place.

Dean Garrison (Publisher of DC Clothesline and DC Dirty Laundry): Was that not an amazing video? Is JDG not the best “one man band” you have ever seen? Please donate to him to save my business as well. I’d simply die without my froglegs. And if you don’t agree and take me up on my offer to send the Clinton hitmen, send them to Joe Dan’s house because that’s where I’ll be hiding. 😉