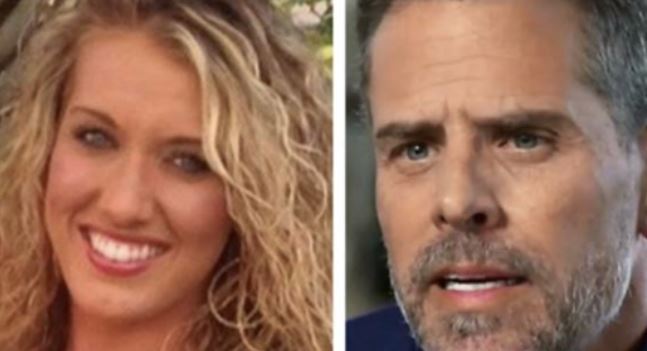 Hunter Biden, the son of Obama’s former Vice President, Joe Biden, is worried that the judge presiding over his paternity dispute with Ms. Lunden Roberts, is going to force Biden, the younger, to release his financial information, specifically how much money Burisma Holdings had paid him.

Hunter’s former lucrative job, sitting on the board of Burisma Holdings, has been the source of a lot of recent trouble for the Biden clan. However, it was not until Hunter was proven to haven impregnated Ms. Roberts, that the public got its best chance to gain a window into Hunter’s financial documents concerning Burisma.

The financial information for Hunter Biden’s baby mama has been released exclusively to DailyMail.com, just days after he was found hiding out in Los Angeles.

Hunter ducked out of his home on Friday afternoon, wearing a blue suede jacket, skinny jeans and boots. He has been laying low during his bitter paternity dispute with Lunden Roberts.

On Sunday, Roberts’ financial information from the last five years was obtained by DailyMail.com. In the documents, the Lancaster & Lancaster Law Firm, which represents Roberts, reveals that the 28-year-old received money from a company owned by Hunter from May 2018 to November 2018.

‘She never received a tax document for these payments,’ her attorneys wrote, adding that the undisclosed amount of payments are reflected on her bank records.

According to the documents, Roberts also worked for Hunter and submitted pay stubs as proof of employment along with a health insurance card that he reportedly provided her.’

It sounds to me as if the Biden family has been behaving as if the law does not apply to them for sometime now.

From the high paying, presumably, no show job … in countries where his father was overseeing relations as Vice President, to his alleged failure to follow proper accounting and tax hygiene, the Bidens sure seem to behave as if they are above the law.

‘Hunter is scheduled to give a deposition on December 23 (today) and his legal team, after requesting the judge quash the deposition, is fighting to keep it sealed.

Lunden Roberts’ lawyers said in court filings that Hunter Biden is refusing to answer any of their discovery questions and interrogatories and asked the Court to force him to do so.’

Ms. Roberts’s counsel argued that Hunter’s documents should be handed over as ordered, stating:

‘The defendant has provided no support for this child for over a year.

‘The Court should not let the defendant continue to avoid his natural and legal duty to support his child by failing to provide basic information about his income, finances and lifestyle.

‘This Court should compel the defendant to answer the interrogatories and requests for production documents in time for the January 7, 2020 hearing in this case.’

As if this story was not heartbreaking enough, the Gateway Pundit is reporting that Hunter Biden’s wife, the 32 year old, Melissa Cohen, is pregnant too.

I hope you will join us in praying for the innocent children caught in the middle of this troubling situation.