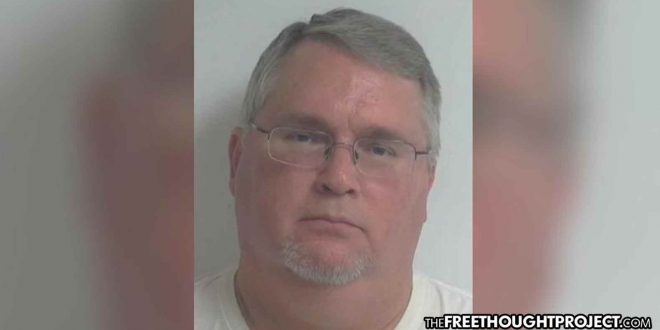 Walton County, GA — Earlier this month, George Randolph “Randy” Jeffery, 59, of Monroe, was sentenced to federal prison after pleading guilty to a number of disturbing crimes. His position within government gave this child predator a position rife for abuse.

Jeffery was sentenced to 15 years in a federal prison followed by 10 years of supervised release, according to the U.S. Attorney’s Office for the Middle District of Georgia.

Jeffery’s job within the Georgia government gave him access to children. This child predator and former judge was appointed to serve as a SAAG, representing the Georgia Department of Human Services Division of Child Support Services in Walton and Newton counties.

According to the Atlanta Journal-Constitution:

In October 2018, the FBI received a tip from the Louisiana Bureau of Investigation that a juvenile female possibly engaged in an online sexual relationship with Jeffery, the U.S. Attorney’s Office said in a news release.

Between February 2018 and August 2018, Jeffery communicated with someone he thought was a 14-year-old girl, investigators found.

In the messages, they discussed various sexual acts in detail, talked about that she had been molested by her father and exchanged several nude photographs. The photos sent back and forth included other photos of minors.

Whether or not the father has been arrested or prosecuted in this case is unclear as his name was not made public in court documents.

Earlier this year in September, Jeffery pleaded guilty to a single count of attempted online enticement of a minor. Because he is going to federal prison, this child predator is not eligible for early release. When he gets out at 74-years-old, he will have to register as a sex offender.

Jeffery’s sentence of 15 years is significant given the incredibly low sentences given to other child predators inside government. While his crimes were certainly disgusting and warrant every single day behind bars, even more, other sickos in his position of authority have gotten off with far less.

As TFTP reported earlier this month, former Pennsylvania State Police officer Michael Evans betrayed his badge in a most dishonorable and horrific way. He was caught and convicted of forcing women and underage girls to perform sex acts in exchange for their freedom. Unlike, Jeffery, Evans actually had physical contact with his victims.

One of his victims was an underage girl who called police to report that her home had been burglarized. As she waited for her parents to come back home, this predator raped her.

Because police officers all too often receive slaps on the wrist for betraying their oaths in the most heinous manner, Evans was only sentenced to ten years in jail for these acts. He would get out after only serving 8. After being released, Evans would strike again, this time his victim was a 15-year-old girl. He received just 2 ½ to five years in state prison for the parole violation.

Former Columbus Division of Police Sgt. Dean Worthington had been a police officer for over 20 years before being busted. During that time—as he allegedly served the public—he’d been secretly participating in and contributing to a vile child pornography ring.

TFTP has even reported on instances nearly identical to Jeffery’s in which cops were busted enticing children. Despite committing nearly the same crimes, these cops were let off with little to no jail time. We hope that Jeffery’s sentence becomes the norm for those who prey on children. We also hope that those in law enforcement and government who use their authority to go after kids suffer even harsher sentences for betraying the citizens whom they ostensibly serve.