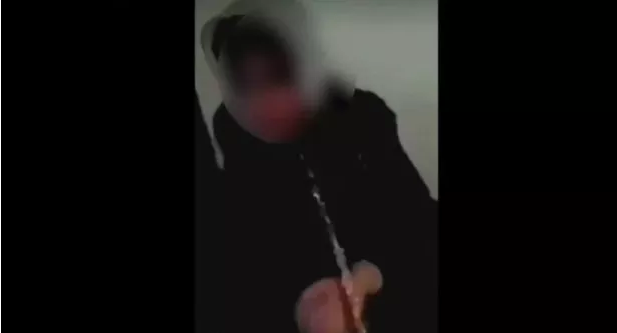 It is vital that we watch what is going on in Europe, because if liberals have their way this is your future America.

A Romanian website has published a video that allegedly shows migrants forcing a white boy to open his mouth while they urinate on his face.

This reportedly happened in Stockholm, Sweden.

(Editor’s note: This has been translated to English so it may not be a perfect translation.)

Do you know what Sweden’s greatest strength is?

Getting randomly attacked by immigrants, which forces you to open your mouth while they piss on your face, makes you stronger. It makes the whole country stronger.

That is a strong country.

If you don’t agree with that statement, you are pure evil, and you should be in prison.

In recent years, a new phenomenon of “domination crime” has emerged across Scandinavia, referring to gross unprovoked violence with the intention to humiliate.

A video of an immigrant gang humiliating a Swedish boy by beating him and urinating on him, published by the news outlet Samhällsnytt, has sparked strong reactions in the Scandinavian nation.

In the video, at least two perpetrators are seen and heard hitting and kicking the boy, while calling him names such as “bastard” and “motherf **** r”, and forcing him to open his mouth.

It is still unclear when and where the abuse took place, but Samhällsnytt alleged it happened in Stockholm.

We don’t need this stuff in America.

We already have enough of it.