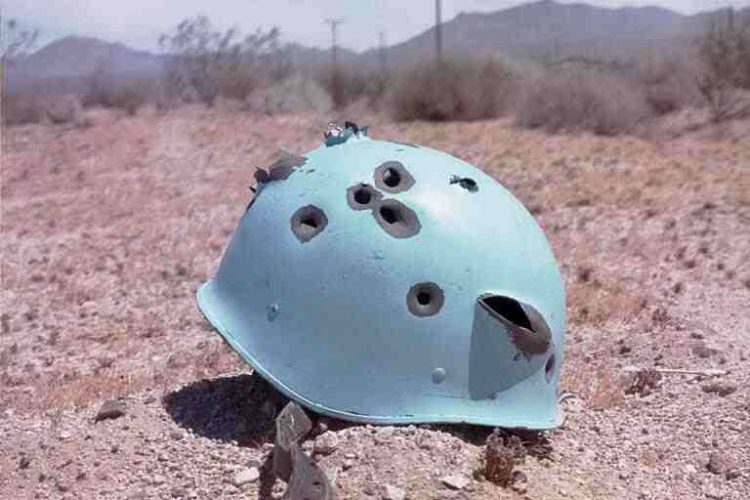 As the situation in Virginia continues to escalate the possibility that they are deliberately trying to lure patriots into committing acts of violence must be considered. It is the Hegelian dialectic at play ̶ create the problem by criminalizing legal gun owners, provoke the reaction and offer the solution. The final solution is, the merging of the United States into a one world order headed by the United Nations. As crazy as that sounds the groundwork for such a merger is well established as the United States committed itself to United Nation objectives with the signing of the United Nations Participation Act in 1945.

This law committed the United States to full participation in the U.N. while authorizing the president to appoint representatives and commit the United States military to conflicts based on U.N. objectives. To be more specific, congress would retain the power to determine the size and terms of military deployments but the power to determine what would constitute the type of crisis warranting their use would be solely up to the United Nations Security Council. That is a huge loss of American sovereignty in and of itself because the power to wage war, according to the U.S. Constitution, rests with the United States Congress alone. It was because of the provisions of this law that President Truman was able to commit troops to the Korean War without the consent of congress and instead, the vote of the U.N. Security Council on the pretext of an international emergency.  The same could be said for many of the wars and police actions that would soon follow.

Dave Hodges of the Common Sense Show, and Mike Adams of NewsTarget.com are claiming that they have uncovered evidence of a conspiracy to deploy U.N. troops in Virginia to confiscate firearms which democrats intent to outlaw. No solid evidence was provided by either Hodges or Adams. Hodges, in fact, is infamous for publishing alarming articles claiming his information came from “his inside sources.” The idea that the U.N. would be used against Americans in gun confiscation is not new and is something that in the past, was likely to have one labeled as a conspiracy theorist. Sadly, all the pieces are in place for such an event to occur and because most gun owners in America have discredited the idea as a grand conspiracy, we will be caught playing catch up.

Many laws and policy objectives have been put in place that have led us to where we are now. Despite opposition from the public, the gun control agenda is gaining steam and more and more states are introducing legislation to outlaw semi-automatic firearms. In 1961 the U.S. government passed public law 87-297, the Arms Control and Disarmament Act. This is interesting because the law specifically states that there shall be no laws authorizing the reduction of our armed forces or the prohibiting of the civilian ownership of arms unless pursuant to the treaty-making powers of the President. The House, after staging the fake impeachment spectacle, approved the finalization of the new trade deal with Mexico and Canada, the USMCA. This trade agreement further surrenders our sovereignty to the U.N. despite it being hailed as one of the great things Trump has done for the country. If this new treaty does create a so-called North American Union under the control of the United Nations, then the situation in Virginia could easily be declared an “international emergency” giving them the sole authority to deploy peacekeeping troops. As conspiratorial as it may sound this is laid out in law. There was also the U.N. Arms treaty. President Trump was hailed as being pro-gun when he withdrew from the treaty, which John Kerry signed as Secretary of State. In truth, it doesn’t matter if Trump withdrew from it if the USMCA becomes the law of the land.

The Arms treaty has several provisions that allow for nations who have signed on to appeal to the United Nations for help in disarmament affairs with nations that haven’t.

In implementing this Treaty, each State Party may seek assistance including legal or legislative assistance, institutional capacity-building, and technical, material or financial assistance. Such assistance may include stockpile management, disarmament, demobilization and reintegration programs, model legislation, and effective practices for implementation. Each State Party in a position to do so shall provide such assistance, upon request. Each State Party may request, offer or receive assistance through, inter alia, the United Nations, international, regional, sub-regional or national organizations, non-governmental organizations, or on a bilateral basis. A voluntary trust fund shall be established by States Parties to assist requesting States Parties requiring international assistance to implement this Treaty. Each State Party is encouraged to contribute resources to the fund.

The treaty also states that the ownership of firearms by civilians would be respected based on a nation’s laws. This is a provision that led many people to the false belief that it would have no effect upon U.S. citizens. As noted earlier, if the USMCA becomes the law of the land and the U.S., Canada and Mexico are merged into one entity, our constitution and bill of rights would be rendered virtually meaningless. Many states are now in the process of outlawing firearms, as noted earlier. Furthermore, the text in article 16 of the Arms Treaty could enable Mexico and Canada, who both have signed the treaty, to appeal to the U.N. for help in forcing the disarming of American citizens. American gun owners are being portrayed as radical extremists and our guns, as the cause of Mexico’s violence. Also, consider that every state with high rates of gun violence and strict gun laws, blames the neighboring states that do not. This is all deliberate propaganda to create the justification for U.N. involvement. Don’t forget that the Obama Administration signed many localities on to the U.N. Strong Cities Network, which puts international organizations in control of local law enforcement agencies. Is there a connection between this and what is happening in Virginia? That is unclear. Virginia has no cities listed as being members. New York, Georgia, Tennessee, Pennsylvania and Colorado, however, are listed as being members in the Strong Cities Network.

While Hodges and Adams may not provide the direct quotes or sources of their claims, the stage is indeed being set for possible use of U.N. troops on our soil. This writer is making no claim that he knows of any plans, he is only providing the documented evidence which suggests the possibility. This is evidence that has been ignored for far too long on the grounds that it is nothing more than a whacked-out conspiracy theory. Too many people have lived under the misguided notion that it could never happen here. Something is happening and the situation is going to escalate, and it could very well be deemed an international emergency by the U.N., enabling them to deploy their peacekeeping troops.