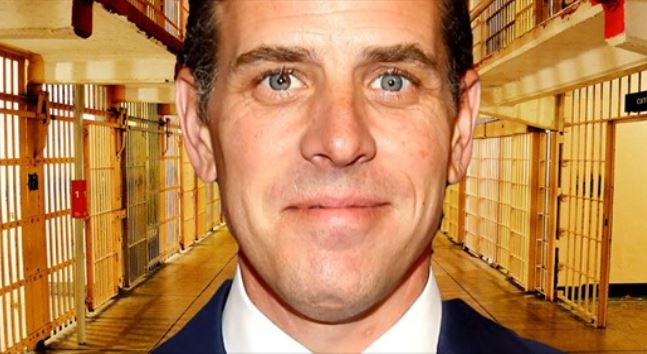 From Mark Sidney At We Are Biased OPINION Blog

It appears that Hunter’s … ‘extracurricular activities’, have finally caught up to him, so much so, that the media can no longer cover up for him and his father.

Hunter is currently involved in a paternity related lawsuit with a former exotic dancer that he accidentally impregnated.

To make the situation even more complicated, the Gateway Pundit reported that Hunter Biden’s current wife is also pregnant.

As is often said ‘when it rains, it pours’ and that sure seems to be the case for the Biden (crime) family.

Whether it is Joe’s never ending sting of ‘gaffes’, his tendency to be too … ‘handsy’ with women … and children or, well, anything to do with his son Hunter and his self-centered, hedonistic lifestyle, the hits keep coming for team Biden.

The paternity matter that Hunter is currently ensnared in with Ms. Lunden Roberts, is proving to be way more trouble that the Biden’s had hoped it would be.

The court documents did not disclose which law enforcement agencies were behind the criminal probes into Hunter Biden.’

While, Lindsey, do nothing, Graham does what Lindsey does, (absolutely nothing) Ms. Roberts’ case against Hunter is yielding more evidence, or stands to yield more evidence, about Hunter’s history than the Senate Judiciary Committee.

Biden, 49, “is the subject of more than one criminal investigation involving fraud, money laundering and a counterfeiting scheme,” the filing alleges.

One of the purported investigations relates to Burisma Holdings, the Ukrainian energy company with which Biden held a lucrative board post while his father, Joe, was vice president — drawing allegations of impropriety from Republicans including President Trump.

Biden and a group of business associates “established bank and financial accounts with Morgan Stanley … for Burisma Holdings Limited … for the money laundering scheme,” D&A claims, further alleging that the accounts showed an average account value of nearly $6.8 million between March 2014 and December 2015.

Biden and the others — including Devon Archer, John Galanis and Bevan Cooney — allegedly “utilized a counterfeiting scheme to conceal the Morgan Stanley et al Average Account Value,” D&A claims in the papers filed at the Circuit Court of Independence County, Arkansas.

The court docs also allege that Hunter Biden was involved in a scam to rip ff the Sioux Native Americans to the tune of $60 million through a scheme involving the sale of tribal bonds.

The filing additionally alleges that Biden had a hand in a plot including Galanis, Cooney and Archer to rip off Sioux Native Americans to the tune of $60 million through the shady sale of tribal bonds.

Galanis, Archer and Cooney were found guilty for their roles in June 2018, following a lengthy trial in Manhattan federal court.

Biden “did drum up business for the scheme,” D&A claims in its filing, without elaborating.

Hunter’s baby mama is working the court and trying to force the former vice president’s son to produce documents detailing all his compensation from Burisma Holdings, among other sources.

According to the Gateway Pundit: Robert released the last five years of her tax returns and she’s accusing Hunter of refusing to come clean about his dirty Burisma money.

According to the New York Post, it is unclear if Lunden Roberts hired the private-eye firm or if they delivered the damning documents on Hunter Biden to the court on their own.

It looks like things just keep getting worse for the Biden crew … I guess all good rackets must eventually come to an end.