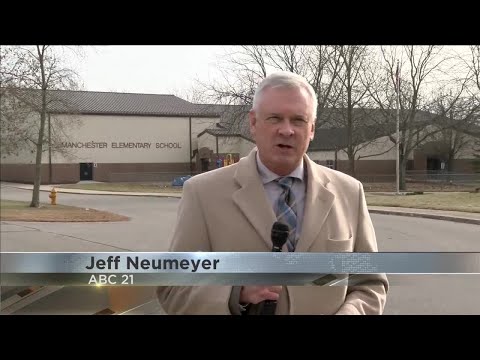 How in the hell can elementary school kids now be entering the transgender debate?

This is what we have created with our silence America.

Some Indiana parents have had more than enough.

NORTH MANCHESTER, Ind. (WPTA21)- Parents spoke out Wednesday night, about a policy that allows transgender students to use the girls bathroom at an elementary school.

A child who was born a boy who identifies as a girl is allowed to use the girl’s bathroom at Manchester Elementary school.

Nate Gephart decided to pull his two daughters out of school and home school them because of the policy.

At Wednesday night’s meeting, Gephart and other parents that share his opinion wanted to have their voices heard.

“We want to be heard, last week it was a public meeting and we were told that we could talk but we just couldn’t talk about the bathroom issue,” Gephart said.

Gephart said after the meeting he still did not feel his voice was heard. During a presentation about gender identity, tensions rose and he and other parents became angry and left the meeting.

Jewel Flitcraft said she was shocked by the response.

“It got a little heated there was a woman behind me that said what the presenter was teaching was propaganda,” Flitcraft said.

Flitcraft was one of the many people who took the microphone Wednesday night. As a member of the LGBTQ community, Flitcraft said she can relate to the stories of transgender people.

“Hearing their stories and talking about the journey that they go through and the struggle of determining who they are is the same struggle I went through with my sexuality,” Flitcraft said.

She said as a teacher, she wants to create a space where students are able to learn more about gender identity.

“There’s transgender people everywhere and they wouldn’t even know if they went to the bathroom with them, walked by them, had coffee with them, served them their Starbucks. It’s just making judgments like that when you can’t tell who is and who isn’t,” Flitcraft said.

The Manchester School Board at the meeting cited court cases in Indiana that dealt with similar issues like this one.

They pointed to the fact that under Title IX, schools can not force a transgender student to use a restroom that does not coincide with their gender identity.

My oh my, what a tangled web we weave.

Excuse me while I go vomit.