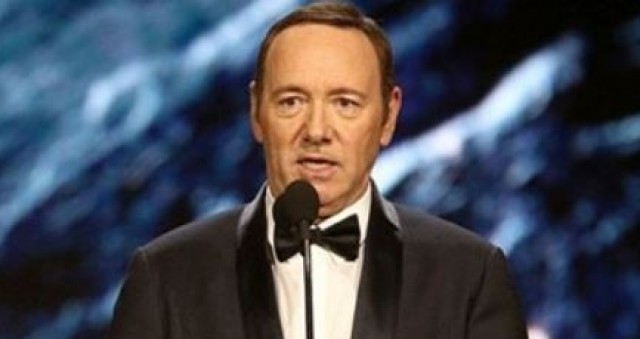 It is getting to be creepy how many people who have made accusations against actor Kevin Spacey have died.

For the third time in 2019 someone who has accused the actor, who came out as gay after allegations were made against him, has died.

Ari Behn, who said that Spacey groped him during a 2017 Nobel Peace Prize concert in 2007, became the third person to accuse Spacey who died this year.

“It’s with great sorrow in our hearts that we, those closest to Ari Behn, must report that he took his own life today. We ask for respect for our private lives in the time to come,” his manager said to Norwegian Magazine VG, The Hollywood Reporter reported.

Behn was the former husband of Norwegian Princess Martha Louise and was said to have taken his life on Christmas Day.

“We had a great talk. He sat right beside me. After five minutes he said, ‘Hey, let’s go out and have a cigarette.’ Then he puts his hand under the table and grabs me by the balls,” he said to the BBC of the alleged groping incident.

”My hair was dark at the time. I was 10 years younger and right up his alley,” the late Behn said of the actor.

Three months ago another plaintiff against Spacey, known only as “John Doe” was found dead with no official explanation given.

“The individual, suing as a “John Doe,” filed claims in September 2018 with the allegation of being forced to grab the actor’s genitals twice during a massage two years earlier at a private residence in Malibu,” The Hollywood Reporter said.

“In May, a federal judge in California allowed the case to move forward despite Spacey’s objection that the plaintiff’s identity was being shielded.

“Now, just a month after the parties came to a plan for proceeding in the suit that detailed prospective discovery and envisioned a seven- to 11-day trial, the plaintiff’s attorney has informed Spacey that the client ‘recently passed.’

“No further detail is provided, and a request to the plaintiff’s attorney for more information has not been answered.

“Spacey recently got out of another legal situation when criminal charges against him were dropped in Nantucket, Mass.

“In that case, Spacey pleaded not guilty to felony indecent assault and battery, and prosecutors withdrew charges after the accuser — a teenage busboy — stopped cooperating,” it said.

And in May Pop Culture reported that Linda Culkin, 59, who threatened to kill Spacey after she heard he assaulted her family member, died in a car accident.

Felix Browne, a spokesperson for the medical examiner’s office, told Radar Online that Culkin’s cause of death is still under investigation.

Culkin was a nursing assistant who was reportedly obsessed with Spacey and had threatened to kill the actor, according to prosecutors. She sent bomb threats to two of Spacey’s workplaces and also sent threats to his coworkers and associates. Radar claims that her threats to Spacey and his team began after one of Culkin’s patients told her about allegedly being attacked by Spacey.