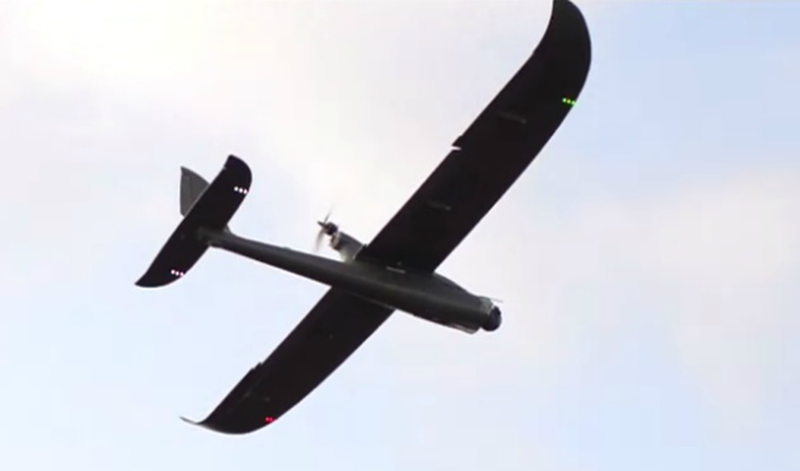 Several large, non-government drones have been flying in what the Denver Post describes as a ‘nighttime search pattern’ over northeast Colorado.

With estimated wingspans of six-feet, the aircraft have been covering 25-square-mile plots of Phillips and Yuma counties every night between 7 – 10 p.m. for around a week, Phillips County Sheriff Thomas Elliott said Monday, adding that they have received nine calls about the drones since last week.

“They’ve been doing a grid search, a grid pattern,” he said “They fly one square and then they fly another square.”

Nobody knows who’s flying them

Several agencies, including the sheriff’s office, the Army, the Air Force, the Federal Aviation Administration (FAA) and the Drug Enforcement Agency (DEA), say they have no knowledge of the mysterious aircraft or who is operating them, however Undersheriff William Meyers suggested that “The estimated size and number of drones makes it unlikely that they’re being flown by hobbyists.”

Drone pilots aren’t required to submit flight plans unless planning to operate in controlled airspace, such as an airport.

“Overhead they were probably doing 30, 40 mph,” he said. “They weren’t racing or flying around with speed.”

One resident who spotted a drone last week gave chase, Elliott said, driving behind it at about 50 mph, but lost the drone when he ran out of gas in Washington County.

The machines fly too high to be heard from the ground but can be seen by their strobing white lights along with red, blue and green lights, Myers said.

Myers suspects the drones might be operated by a private company, although the machines haven’t targeted any obvious landmarks or features — sometimes they fly over towns, other times over empty fields.

“They do not seem to be malicious,” Elliott said. “They don’t seem to be doing anything that would indicate criminal activity.” –Denver Post

Denver-based commercial photographer Vic Moss, a drone pilot and owner of an online drone school (Drone U), said on Monday he thinks either a company or government agency is behind the flights.

“We have a number of drone companies here in Colorado, and they’re very innovative,” said Moss, adding “So maybe they’re testing something of theirs out in that area because it is very rural. But everyone that I know of, they coordinate all that stuff with local authorities to prevent this very situation. They all very much want people to understand drones and not cause this kind of hysteria.”

Moss suggests that the grid pattern may indicate some type of mapping or searching operation, adding that perhaps they are flying at night in order to use infrared cameras – which are sometimes used to examine crops.

He also says that the pilots are unlikely to be breaking any laws, as “The way Colorado law is written, none of the statutes fit for harassment or trespassing.”

“Colorado hasn’t gotten on board with identifying the airspace around your property as the actual premises, so we don’t have anything we could charge.”

The FAA does say that drones weighing under 55 lbs must be flown during daylight hours, within sight of the pilot, under 400 feet, and not directly over people. Pilots can apply for waivers.

It’s also not clear whether the drones over Phillips and Yuma counties would be governed by those regulations. A drone the size of the ones spotted over the counties likely would weigh more than 55 pounds, Moss said. That means the drone operator would be flying commercially and would likely need to be a “manned aviator” — an actual pilot, Moss said.

Chuck Adams, CEO of 1Up Aerial Drone Services in Golden, said that he wasn’t sure who might be flying the drones, but said his company does offer “drone defense” systems that can help people on the ground discover where drones are being flown from. –Denver Post

“It’s something we put up with radio frequency and acoustics, and you can tell where the operator is and where the drones are,” said Adams. “We can’t take them out of the sky, but we can give awareness.”

And according to Sheriff Elliott, people can stop calling about the drones.

“We just want to know if one lands, if we can get our hands on it, or if they see someone operating them, that’s what we’re looking for now,” he said. “We know they exist.”

This article was sourced from Zerohedge.com