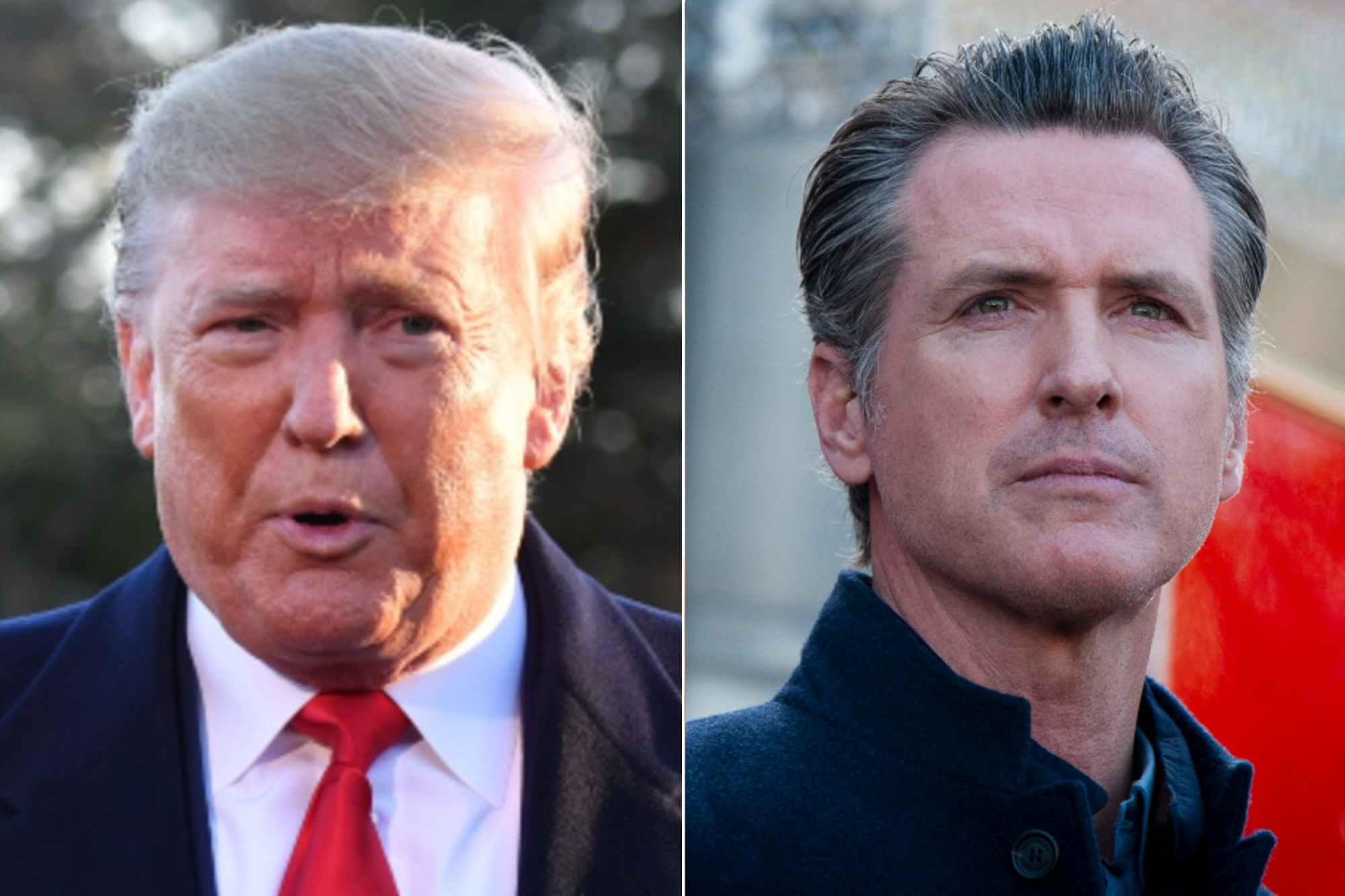 Trump and Gavin Newsom have had some interesting dealings in the past.

…to humble beggar in a matter of about 2 months.

That tax return provision has now been overruled, by the way.

Trump will be on the ballot.

Trump is not the most forgiving President we have ever had when it comes to his critics.

Trump is NOT accepting Gavin Newsom’s begging pleas, likely because he doesn’t think Newsom knows how to fix the problem.

Now he has simply doubled down and told Newsom to fix the problem, or he will.

From The National Sentinel:

(TNS) Must Americans living in major California cities be forced to live a lower quality of life than other Americans? Democrats who rule the state think so, but President Donald Trump does not.

As readers know, several major cities in the Golden State have become magnets for the homeless, turning block after block into fetid, rat-infested, filthy harbors of Medieval diseases, thanks to Garbage Party policies.

And as more California voters — including those who vote traditionally for Democrats — become fed up with stepping in human waste on their streets, not to mention having to deal with rising crime, their rulers are turning a deaf ear to the complaints.

As such, the president on Wednesday warned Gov. Gavin Newsom and his party to get their act together and clean up their cities or he will.

“Governor Gavin N has done a really bad job on taking care of the homeless population in California,” he tweeted. “If he can’t fix the problem, the Federal Govt. will get involved!”

Governor Gavin N has done a really bad job on taking care of the homeless population in California. If he can’t fix the problem, the Federal Govt. will get involved! https://t.co/2z8zM37PUA

I can not speak for our President but it seems that he is unwilling to send Newsom emergency federal funding because California has a history of wasting funds and making the problem worse.

It’s quite obvious that no one has been fixing the problem and it is growing worse.

California Governor Gavin Newsom says that California’s failure to curb rising homelessness in cities like Los Angeles and San Francisco is the fault of President Donald Trump and the Trump Administration, not a stalemate in the California legislature or failed progressive efforts to curb the rise of tent cities and transient populations.

Speaking in Sacramento, California, last week, Newsom claimed that Trump is deliberately withholding “key information” that California needs in order to properly address the homelessness problem, according to the San Francisco Chronicle.

“California is making historic investments now to help our communities fight homelessness,” Newsom said. “But we have work to do and we need the federal government to do its part.”

He would later repeat his allegations and then add the entire Republican Party to the list of people ‘standing in the way’ of California’s homegrown homeless problems.

I thought it was Texas’ fault?

Newsom simply refuses to look in the mirror and see the party that is really to blame.

As most of America, I am extremely curious how even Donald Trump can reverse the damage that decades of liberal policy have caused.

We will just have to stay tuned.

I doubt Trump could make it worse, but Newsom certainly could.