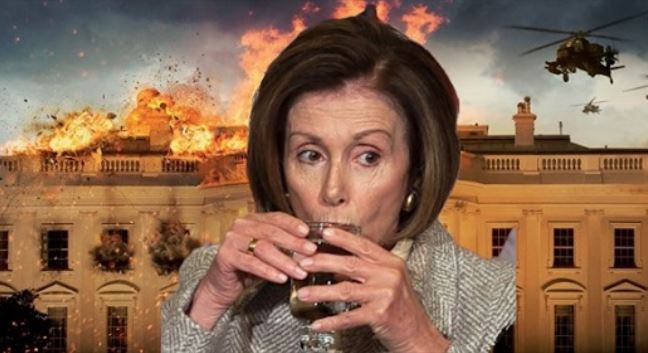 Opinion| Mark Sidney| Old ‘Iron Liver’ as she is known (in my house at least), or perhaps you may have heard her referred to by other names, such as Madam Speaker, Mrs. Pelosi, or Nancy, is a walking contradiction.

Just last week or so, she was lecturing us just how important it was, to the safety and security of our Republic, that the Democrats pass their articles of impeachment in order to save America.

Now Nancy Pelosi seems to be singing a different tune.

‘Speaker Nancy Pelosi won’t turn over the articles of impeachment to the US Senate.’

But that’s not all…

Fox News reports that the president tore into House Democrats overnight and into the morning over their handling of the impeachment process, calling them “hypocrites” and “liars” for allegedly seeking concessions in the Senate that Republicans were not afforded in the House — and for hitting pause on impeachment after stressing the national security urgency of it all.

House Judiciary Committee Chairman Jerrold Nadler, D-N.Y., in his committee’s impeachment report, stated the president “will remain a threat to national security and the Constitution” if he remains in office – an argument generally used to bolster Democrats’ case for a swift impeachment process.

Pelosi, D-Calif., said she will not appoint impeachment managers who will represent the House during a Senate trial until the Senate determines the trial’s process. McConnell, R-Ky., has publicly rejected a demand from Senate Minority Leader Chuck Schumer, D-N.Y., to subpoena additional documents and witnesses, claiming these fact-finding efforts were the House’s job. McConnell has also claimed that he cannot do anything until Pelosi sends over the impeachment articles, leaving the two chambers at an “impasse.”

What a freaking MESS!

Portions of this article originally appeared at We Are Biased OPINION Blog and was republished with permission.

*Some edits and additions have been made.