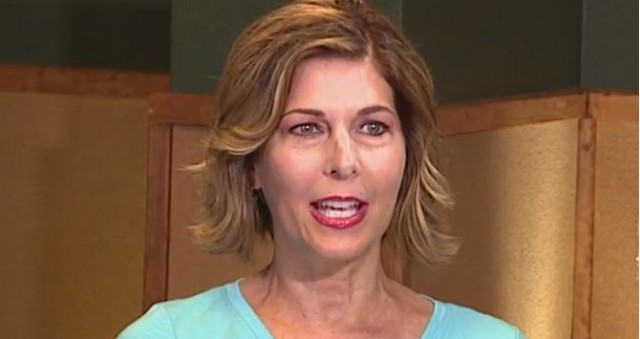 Attkisson: Congress And Administrations Have Turned Blind Eye To FBI Abuses Of FISA Court For DECADES

(TNS) Following the release of a report earlier this month by Justice Department Inspector General Michael Horowitz who detailed serial, serious abuses of the Foreign Intelligence Surveillance Act (FISA) court by the FBI in the “Spygate” scandal, ace investigative reporter Sharyl Attkisson reminded everyone this week that these abuses aren’t the first.

In fact, FBI abuses of the FISA court and, by their very design abuses of the constitutional rights of American citizens, have been going on for decades, she points out in a column Thursday for The Hill.

Attkisson writes that there were a half-dozen “screaming red flags” that successive congresses and presidential administrations were well aware of but consciously chose not to do anything about them.

Rather, she notes, the go-to option was to praise the FBI as being ‘filled with patriotic men and women’ who are ‘doing their best for our country’ while allowing the bureau to self-police — which was akin to putting foxes in the henhouse.

As for Horowitz, Attkisson noted that despite all the bleating from the Democrats’ propaganda media that he ‘never saw any bias,’ he, um, actually did. And he said as much.

Recall that Horowitz found monster abuses — 17 separate instances, including one by a mid-level FBI lawyer who actually altered information on a FISA warrant affidavit to hide the fact that Trump campaign volunteer Carter Page, the guy Comey’s FBI chose to spy on, was a CIA asset.

Attkisson asks us to think critically:

She then detailed the red flags for The Hill:

One red flag came with the creation of FBI “Woods Procedures” nearly two decades ago under then-Director Robert Mueller. These rules were designed to appease the secretive FISA court, which had flagged abuses by FBI officials in wiretap applications submitted to the court. The procedures require strict verification of all facts and sources in a wiretap application by FBI officials all the way up the chain. Facts that cannot be properly verified are to be removed from the application. The Woods Procedures were designed to prevent the very sorts of abuses that FBI officials committed in 2016 and 2017. The problem is, it’s left to the FBI to execute the safety check upon itself, and, apparently, some officials weren’t capable of doing so faithfully. Why were the Woods Procedures set up if the FBI ultimately doesn’t follow them and nobody notices? What makes us think any new, proposed reforms will have a different fate? …

Despite many public reports of government surveillance abuses, Congress passed up its most recent opportunity to exercise much-needed oversight. Two years ago, in January 2018, Congress reauthorized Section 702 of the 2008 FISA Amendments Act. It allows the U.S. intelligence community wide latitude to spy on U.S. citizens. Shocking abuses of this government authority were exposed by whistleblower Edward Snowden. Yet Congress voted down a measure to reform the law by adding significant safeguards. Insiders told me that a majority of Democrats and Republicans had favored reforms, but shortly before the vote, the parties’ leaders directed members to renew the surveillance authority without them. …

The FISA court has documented numerous serious government surveillance abuses over the years, including a scathing review issued by the court in the fall of 2016 accusing the National Security Agency (NSA) of a problematic “lack of candor” that raised constitutional questions. Yet the court remained publicly silent these past three years amid questions, a crisis of confidence and evidence that it had in hand about FBI wrongdoing. The court spoke out only in recent days, well after the damning findings in the IG report. …

Following sporadic reports of intelligence officials misleading Congress about surveilling U.S. citizens — even spying on journalists and political figures and their staffs — there was a series of red flags in 2016 and 2017 that should have drawn attention and action. Some of the same intelligence officials who we now know wanted to keep President Trump from winning the White House apparently modified rules to make it easier to share and leak intelligence involving innocent U.S. citizens (including people connected to the Trump campaign). Obama administration requests reached a crescendo to “unmask” the identities of Americans whose private information supposedly was collected “incidentally” during the monitoring of other targets. …

As I have written, FBI Director Christopher Wray falsely testified to Congress that there have been no 702 surveillance abuses. Surprisingly, nobody questioned him about this incorrect claim, even though many documented abuses are in the public record.

This improper government surveillance business hits home for Attkisson; she was spied on by the Obama regime because she was getting too close to learning details surrounding the “Fast and Furious” scandal, among others. One of the dirty little tricks the deep state pulled on her was to bury a classified document on her laptop — which the FBI would ‘find’ later and then charge her. Luckily, she knew a crack IT guy who found it first and got rid of it before she could be ‘busted’ for it.