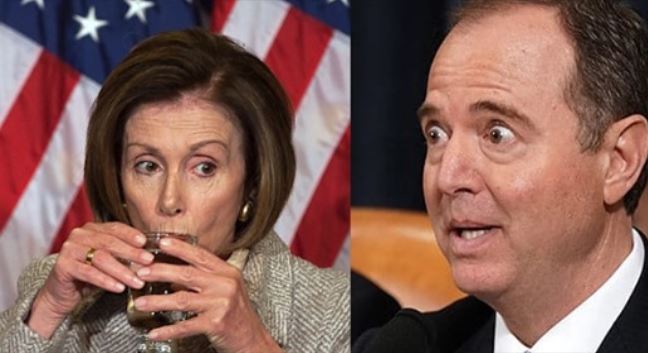 …‘in order for democrats, liberals, progressives et al to continue their illogical belief systems they have to pretend not to know a lot of things’ – David Mamet

OPINION| Lawrence David| After four years of intensive investigations that found no evidence of collusion on the part of Donald Trump, it’s past time to declare the president an honest man and let him get on with governing the nation.

Something he is excelling at.

At this point, his record of accomplishments on behalf of all Americans, despite unanimous obstruction from Democrats, should have the media examining the motives and ties of his political opponents, and not him.

But not in today’s bought and paid for, highly corrupted, Washington.

The alignment between the corrupt political construct, that has contrived to drive our children $23 Trillion into debt, and the mainstream media has been exposed by President Trump for all to see.

That half the population refuses to (or can’t) see what has been done to them by that criminal cabal explains why they are desperate to remove President Trump from office.

The support of those brainwashed voters is all that’s standing between them and the gallows.

That brings us to Adam Schiff (D-CA), who somehow survives as Chairman of the House Intelligence Committee.

Corrupt Democrats, likely with trillions of dollars derived from illicit schemes at stake, realized that an honest president like Trump represents an existential threat to their criminal enterprise pinned their hopes on Schiff creating a case for impeaching Trump.

To that end, and having nothing else with which to bring charges against the president, Schiff used Trump’s phone conversation with Ukraine President Volodymyr Zelenskyy to gin up a false narrative about a quid pro quo.

Follow the timeline and you’ll discover the reason why Schiff (and the left wing hacks at Facebook) have refused to bring the ‘whistleblower’ forward to be questioned.

I believe that there was no whistleblower until Schiff, and/or his staff, recruited one.

President Trump’s phone call with Zelenskyy took place on July 25th. The very next day, July 26th, Schiff hired Sean Misko to be a member of his staff.

Misko has a long standing professional relationship with the whistleblower that suggests they may have colluded to bring forth the complaint that set Schiff’s impeachment in process.

A “bro-like” relationship with ties to Obama and Clinton.

A career CIA analyst with Ukraine expertise, the alleged whistleblower filed an Aug. 12 complaint with the Intelligence Community inspector general about the July 25 phone conversation between Trump and Zelensky.

Schiff denied his committee’s contact with the ‘whistleblower’ occurred prior to the complaint being filed.

The identity of the Schiff aide who spoke to the whistleblower has not been made public, and it has not been confirmed until now that Misko was on Schiff’s staff at the time.

By Oct. 5, it was reported the whistleblower had never indicated to the inspector general he contacted Schiff’s office before filing the complaint against the president.

Tammy Bruce: Ironically, of course, that’s why Trump’s president. Because we knew something was wrong with Congress and the swamp so we were putting him in there to clean this up. In a way it’s inevitable that this is occurring because we were correct in 2016.

Congressman Louie Gohmert: Exactly.  And the Trump Derangement Syndrome has caused so many that were part of the Deep State, that we really didn’t have identified, to pop their heads up…

… in the days ahead we’ll be able to eliminate those so that President Trump will have more cooperation within his own administration.

Nothing can save Democrats from the grave they dug for themselves under the corrupting influence of Barack Hussein Obama and Hillary Clinton.

Perhaps more importantly, there will be no coming back for the media that, with each successive attempt to discredit and remove this president, exposed itself as nothing more than the criminal defense’s PR arm.