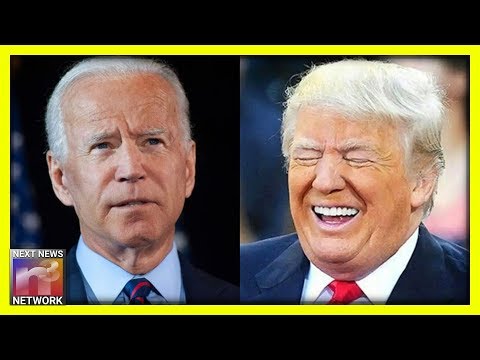 This is beyond ridiculous for the Democrat front runner.

Here’s Josh Bernstein with the report:

Biden is apparently not very popular in Iowa.

OK, I forgot about that guy.

Joe Biden probably wishes he could forget about that guy.

Here’s more from our friends at PJ Media:

Joe Biden may be the national frontrunner, but it doesn’t seem as though he’s inspired excitement amongst Iowans, at least according to the photo below of a town hall meeting in Ottumwa, Iowa, from Des Moines Register reporter Stephen Gruber-Miller:

Good morning from Ottumwa, where @JoeBiden is kicking off a two-day campaign swing through Iowa. The event started off with one of Biden's organizers recalling when she heard him speak about ending domestic violence. #iacaucus pic.twitter.com/PTs9tQibp1

The American Mirror estimates from the photo that only 98 people turned out for the town hall event featuring the former vice president.

The Des Moines Register published dozens of photos from the event, but all are tightly composed, making assessing the attendance impossible. The photo published on Twitter was taken from the media section in the back, and clearly shows the entirety of the room’s occupants.

That’s not to say the event wasn’t eventful.

Washington Post reporter Cleve R. Wootson Jr. posted video of a protester wearing a “Death by Medicine” shirt who interrupted Biden’s town hall and succeeded in taking the microphone from Biden, who apparently let him speak.

Biden has no chance, but neither do any of the other Democrats.

It’s painful to watch them spend lots of money on an election they can’t win.

They had better stop the campaign madness and focus on this baseless impeachment.

Throw some bribe offers at Republican Senators and see if it works.

It probably won’t but that’s their best bet of being relevant in 2020.

Joe Biden is a national embarrassment.

Johnny Carson tried to warn us 30 years ago and we didn’t listen.

With all due respect, I get more laughs watching this idiot than I ever did from Johnny Carson.

And I liked Johnny Carson.

Every election needs a village idiot and Biden fits the script pretty well, as do pretty much all of these clowns competing to see who loses, in a landslide, to Trump in 2020.