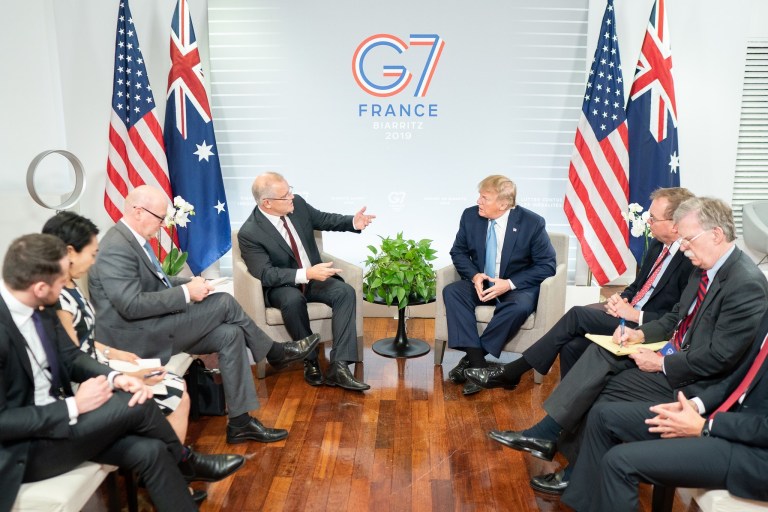 (TNS) Whenever President Donald Trump brags about how well the U.S. economy is doing under his administration and under his policies, the lamestream Democrat media rushes in to “fact-check” him with out-of-context references, measures, and figures in an attempt to refute him.

But the facts are thus: The U.S. economy under this president, not the last one, is reaching new heights and never-before-seen growth that can no longer be seriously refuted.

One of the latest stats demonstrating just how good Trump has made things for all Americans is this one: The massive U.S. economy comprised one-fifth of global GDP before he took office, and since it has risen to one-fourth of the world’s GDP.

In reporting on Britain’s rising economic might, The Sun noted:

France was due to overtake the UK economy in the 2016-19 period but failed to do so.

And the American economy is not due to be overtaken by China until 2033 – three years later than forecast.

The US share of global GDP is 3.6 per cent higher than halfway through Barack Obama’s presidency in 2011.

“The USA in 2019 reached 24.8% of world GDP,” the Centre for Economics and Business Research added.

As for whether China will actually come to dominate the U.S. in terms of global GDP share and overall size of economy, time will tell. But clearly, if future presidents adhere to Trump’s pro-growth economic policies, we frankly don’t see how any country could outperform ours, even one as densely populated as China.

In addition to producing a quarter of global wealth, domestically, U.S. markets and Wall Street are booming as well, adding trillions in value to the 401(k) retirement accounts of tens of millions of Americans (including those who don’t support the president and his pro-growth agenda).