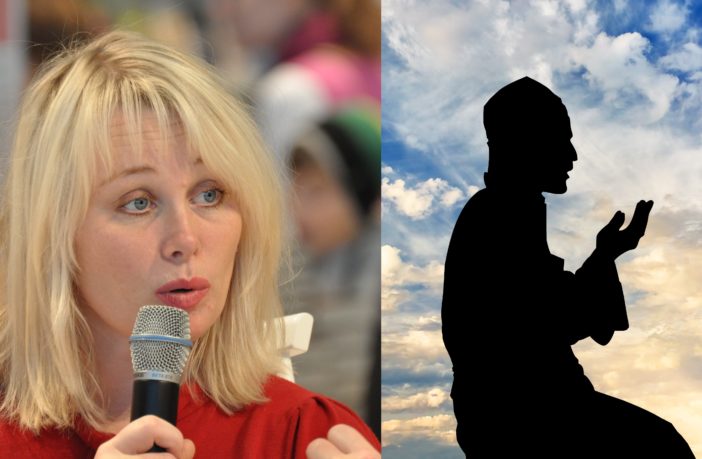 Sweden is facing eminent ruin, possibly more than any other nation, because of the growing presence of Islam.

Much like the leftists are trying to control the message in America, they are already in firm control in Sweden.

A brave Doctor of Theology has dared to speak out.

“Evil,” wrote Hannah Arendt in “Responsibility and Judgement”, are things that make us think “this should not have happened”.

In the midst of Christmas preparations, evil is making itself known – first an act of terror at a Christmas market in Strasbourg. A man shoots irrationally straight into a group of people who drink Glühwein and buy Christmas gifts. Five people die and ten are injured. This should not have happened.

Barely a week after the massacre in Strasbourg, two young women, Norwegian Maren, 28, and Danish Louisa, 24, are bestially murdered in Morocco.

The two friends were going to spend their Christmas holidays hiking in the Atlas Mountains. What would be an adventure, a memory for life, ended with their death. Several men are arrested, suspected of killing the two women. This should not have happened.

The common denominator of the deeds is spelled Islamism. The perpetrators in Strasbourg, as well as the murderers in Morocco, are reported to be Islamist terrorists.

Blinded by religious fanaticism and hatred of the Western lifestyle which they regard as sinful, they attack innocent people. We are their enemies.

Today, Sweden is for ISIS terrorists what Argentina and Brazil were for the Nazis after World War II.

A sanctuary where they can lick their wounds and start a new life without taking the consequences of the assaults and crimes they committed.

Instead of being locked up, the terrorists are visited by a social secretary. It is high time we change our attitude, states Ann Heberlein.

Islam has changed Sweden, and most of Europe, forever.

Islam has its sites set on all of Europe and, make no mistake, they will try to take America too.

They are already here ladies and gentlemen, unless non-Muslims are choosing to name their children Muhammad.