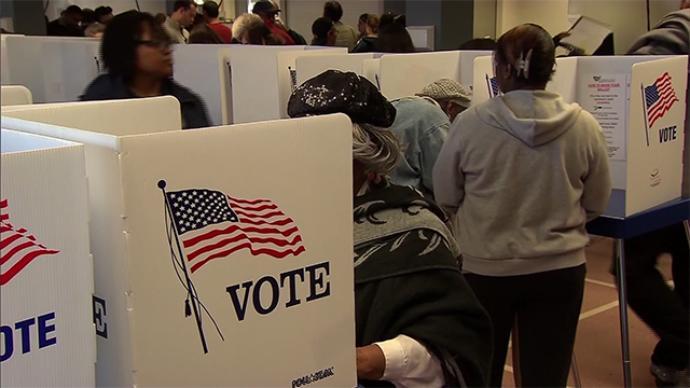 Burlington, Vermont is rather small by some standards (less than 50,000 population) but it happens to be the largest city in Vermont.

We need to take note of this because it is just the beginning.

Bigger goals are certainly in mind for the unhinged left.

BURLINGTON, Vt. (WCAX) The Burlington City Council has passed a resolution to let noncitizens vote in the city’s elections.

Independent Councilor Adam Roof had pushed the proposal starting this fall to expand voting rights. He has said that everyone who lives in Burlington, regardless of citizenship status, is impacted by decisions made by the local government. Therefore, they should have a say in what goes on in their city.

Kurt Wright, R-Burlington City Council president, was the only councilor who voted against the proposal Monday.

Voters will now decide in March 2020 if legal, noncitizen people can vote in city elections.

The deck is stacked against us America and we need to get loud.

Whether officially legal, or not, this is happening all over America.

The left intends to dilute the pool of eligible voters to the point where those who have a legal right to vote make little to no difference.

Not on our watch!

We have to fight back, and fight back hard, before it is too late.