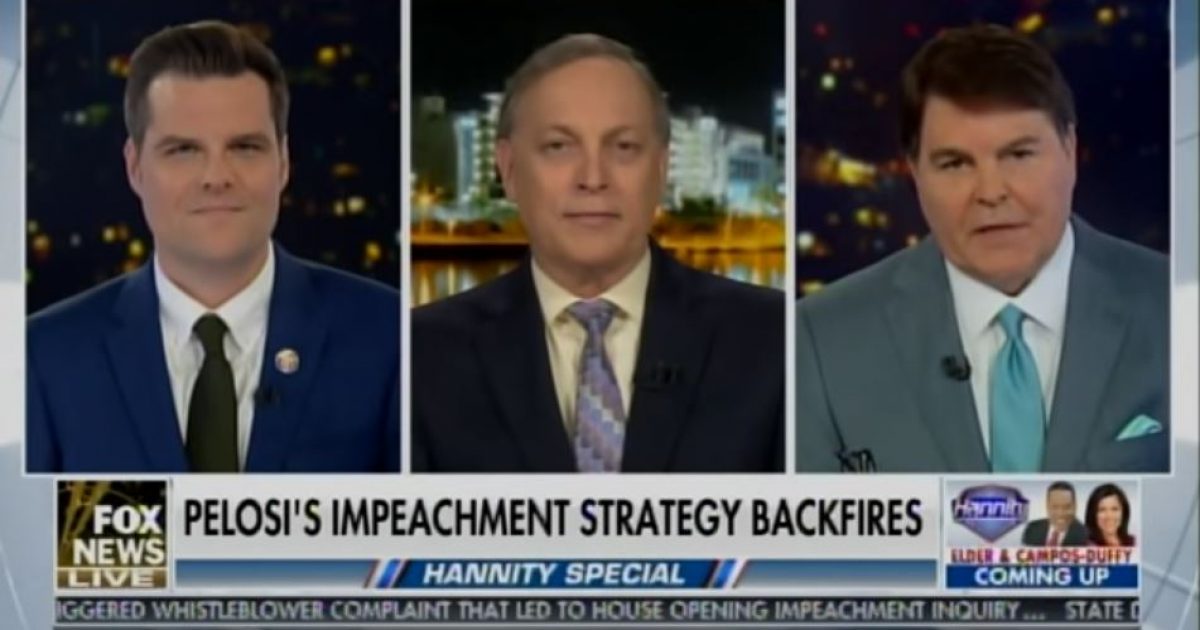 “It’s not just that Nancy Pelosi raises money for her political caucus, it’s that Nancy Pelosi uses that money as a political weapon against anyone who would potentially vote against impeachment. Andy and I observed active threats on the House floor that if the Blue Dog Democrats did not go along with the radical left of the Democratic Party and support impeachment that they would not be supported by the DCCC,” Gaetz said.

“That’s the quid pro quo!” Gaetz added.  “The only quid pro quo I observed in this impeachment process is the quid pro quo where if the Democrats didn’t line up behind Nancy Pelosi as lemmings ready to go off the cliff that they would then be bludgeoned by their own party in the primaries.”

Why are we not surprised?