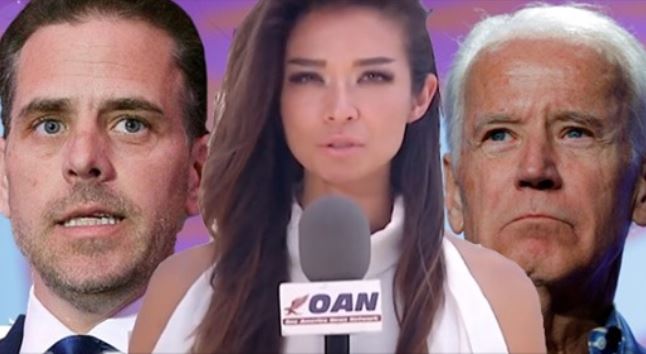 She doesn’t wait to receive defensive talking points from members of the anti-Trump resistance hiding inside various government agencies and engineer a narrative to please her masters.

Rion traveled to Ukraine with President Trump’s attorney Rudy Giuliani where she interviewed the prosecutor Joe Biden demanded be fired before signing off on a $1 Billion loan guarantee.

That prosecutor is Viktor Shokin. Speaking through an interpreter, Shokin said:

“Yes, that’s what he [Ukrainian President Poroshenko] he told me. He came to me and said you are a patriot of Ukraine. We need this billion dollars. We’re at war and if you are a patriot you will close this case.

“My conversation with Poroshenko on this was in a phone call. It was after we started seizing Burisma assets in Ukraine when Poroshenko called me and said listen, this all has to stop already.

“Joe Biden’s temper is overflowing. This seizing of Burisma assets was the last straw.

Of course, without those assets Hunter Biden wouldn’t be paid the exorbitant salary he was paid as a member of Burisma’s board of directors.

Shokin told Rion that people don’t have to believe him. They only need to look at the transcripts of Biden’s telephone conversations with Poroshenko.

What are they hiding?

Months ago, Shokin had provided a sworn 12-page affidavit outlining Joe Biden’s direct interference in active investigations being conducted by the Ukrainian government.

“Joe Biden was illegally influencing foreign officials in order to protect his so Hunter and shield illegal money laundering activities.”