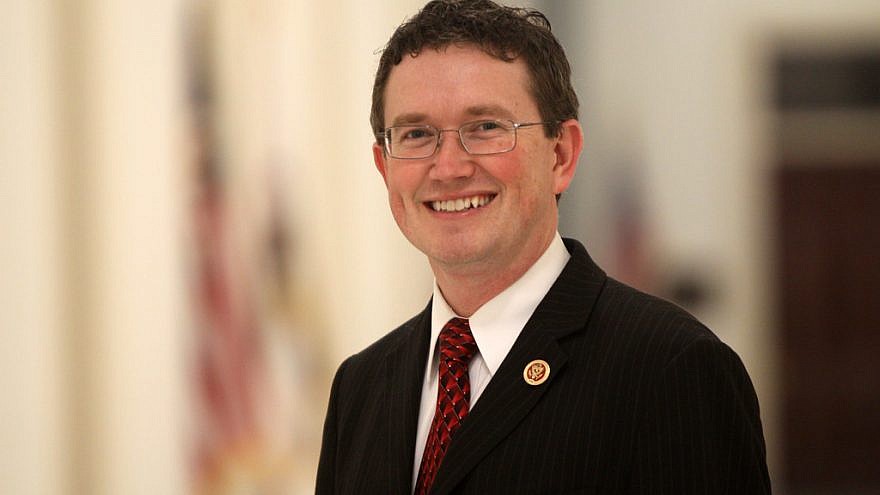 Kentucky Republican Rep. Thomas Massie thinks some local law enforcement leaders will be willing to go to jail rather than comply with state gun control laws they deem unconstitutional.

“Attended my first 2A sanctuary meeting today in Lewis County (where I live). Standing room only. Friends and neighbors spoke passionately and articulately. County officials unanimously passed a resolution,” Massie tweeted on Dec. 30. “This grassroots movement feels even stronger than the Tea Party in 2010.”

Attended my first 2A sanctuary meeting today in Lewis County (where I live). Standing room only. Friends and neighbors spoke passionately and articulately. County officials unanimously passed a resolution.

This grassroots movement feels even stronger than the Tea Party in 2010. pic.twitter.com/hWM9z9LAhu

“Second Amendment sanctuary” municipalities last year sprouted up in Illinois, a state with some of the strictest gun control laws. They then spread to Colorado, Kentucky, New Mexico, New Jersey, Oregon, Virginia, Washington state, and other states.

Massie cited Weld County, Colorado Sheriff Steve Reams, a critic of the state’s “red flag” law, who has offered to put himself in his own jail rather than enforce the state law.

“His county government has already voted to fund his legal fees should he end up in a protracted legal battle that might go all the way” to the Supreme Court, Massie reportedly told the Washington Examiner.

“And so that’s one of the things that when you boil it all down and say, ‘What does the sanctuary county movement mean?’” Massie said. “So, what it could mean is that county governments decide to use taxpayer dollars, with the blessing of the taxpayers in those counties, to support the sheriffs in their court battles.”

Massie compared the potential circumstances to the jailing of Rowan County, Kentucky Clerk Kim Davis by a judge when she refused to sign same-sex marriage certificates in 2015.

“A lot of people didn’t think she was willing to do this, but she resisted a judge’s order to issue marriage licenses with her name on it, and she refused to do it, and he found her in contempt and threw her in jail without a jury trial,” Massie said.

“So, she was basically a political prisoner,” Massie said. “She stayed in jail until it became a national issue.”

In Virginia, gun control proposals, including a firearms ban, universal background checks, magazine capacity restrictions, and a rollback to one firearm purchase per month, have surfaced since Democrats won the majority in both legislative chambers, along with Democratic Gov. Ralph Northam. Some rural sheriffs began talking up the “sanctuary county” idea in anticipation of the upcoming legislative session, with Democrats in full control of the state government.

Northam told WTKR earlier last month that any law enforcement officer that did not carry out gun control laws enacted by the state would face “consequences,” but he did not give any specifics.

“If we have constitutional laws on the books and law enforcement officers are not enforcing those laws on the books, then there are going to be consequences, but I’ll cross that bridge if and when we get to it,” Northam said.

However, Virginia Democratic Rep. Donald McEachin told the Washington Examiner in December Northam always has the option to call up the National Guard or cut off funds to noncompliant municipalities as a way to enforce the law, if necessary.

Fellow Virginia Democratic Rep. Gerry Connolly suggested that local police should be prosecuted for not carrying out the laws.

However, Massie, 48, said he believes these threats will not deter local law enforcement that have declared their counties Second Amendment sanctuaries have support from their constituents.

“Somebody is going to jail,” Massie said. “And it’s probably going to be a public official. And God bless the public officials who are willing to do this so their constituents don’t have to.”