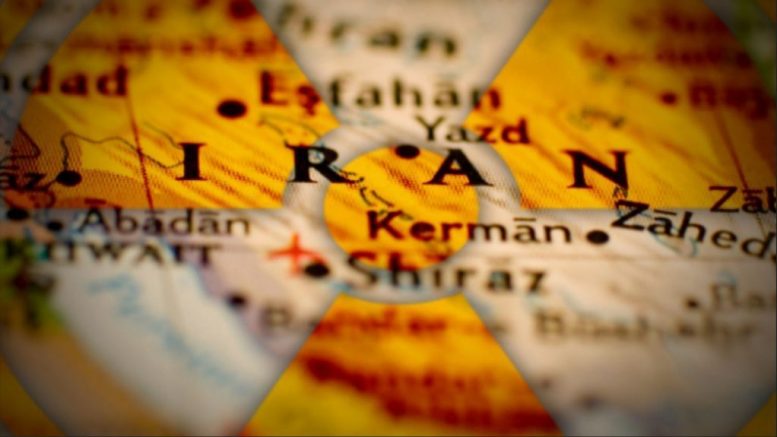 After the events that we witnessed on Tuesday, there will be no going back to the way things used to be.  A cataclysmic war in the Middle East is not going to benefit anyone, but at this point it is difficult to see how one will be avoided.  By directly attacking the U.S. embassy in Baghdad, the Iranians and their allies crossed all the red lines.  The U.S. embassy is considered to be U.S. soil, and if President Trump does not respond militarily to this brazen attack on our sovereignty he is going to look like a total wimp to the rest of the world.  But then of course Iran and their allies will respond to the attack that Trump launches, and the U.S. will be forced to escalate the conflict even more.

Unfortunately, the mainstream media is not accurately conveying the seriousness of this crisis to the American people.

A lot of pundits in the western world seem to be convinced that Iran doesn’t want a war any more than we do.

But maybe they do.

Iran’s leaders are a bunch of apocalyptic nutjobs that believe that a massive war will usher in the return of “the Mahdi”, and many of them are convinced that the time for this to happen is very near.  For those that are not familiar with what Shiite Muslims believe about “the Mahdi”, here is a pretty good summary…

They believe that a series of Imams was appointed to carry on the Prophet Muhammad’s message and that these Imam rank above all other prophets except for Muhammad himself. The 12th, Muhammad al-Mahdi, is believed by these Shiites to have been born in present-day Iraq in 869 and never to have died, only gone into hiding. Twelvers—not other Shiites or Sunni Muslims—believe that al-Mahdi will return as a messiah with Jesus to bring peace to the world and establish Islam as the ruling faith across the globe.

The apocalyptic catch? The Mahdi is expected to appear when the world is wracked by utter chaos and war.

So this is why they may not really fear a war with the United States.  Since they believe that “the Mahdi” is going to suddenly ride to their rescue and bring in a golden era of peace and prosperity, perhaps Iran’s leaders are actually looking forward to the conflict.

Iran’s current Supreme Leader, Ayatollah Ali Khamenei, is a “Twelver”, and so are most of the other top officials in the Iranian government.  Most of us in the western world cannot even begin to comprehend how they see the world.

On Tuesday, plumes of smoke were seen rising from inside the U.S. embassy.  Shiite militiamen smashed one of the main doors and set fire to a reception area.  And the “protesters” celebrated their victory by chanting “death to America!”

Most of the militants were from an organization known as Kata’ib Hezbollah.  It is a distinct organization from the Lebanese Hezbollah, but both groups are funded and controlled directly from Tehran.

According to the Pentagon, Kata’ib Hezbollah is responsible for 11 attacks against U.S. military bases in the region over the last two months.  So that is why the U.S. launched airstrikes targeting their forces on Sunday.

Now Kata’ib Hezbollah has retaliated for those airstrikes, but they never would have attacked the U.S. embassy in Baghdad without explicit approval from Tehran.

And of course U.S. officials understand this very well.  In fact, President Trump is placing the blame for the attack on our embassy directly on Iran…

‘The U.S. Embassy in Iraq is, & has been for hours, SAFE! Many of our great Warfighters, together with the most lethal military equipment in the world, was immediately rushed to the site. Thank you to the President & Prime Minister of Iraq for their rapid response upon request,’ Trump tweeted Tuesday evening.

‘Iran will be held fully responsible for lives lost, or damage incurred, at any of our facilities. They will pay a very BIG PRICE! This is not a Warning, it is a Threat. Happy New Year!’ he added.

And during an interview with CBS News, Secretary of State Mike Pompeo referred to the embassy attack as an act of “state-sponsored terrorism”…

Secretary of State Mike Pompeo called the attack an act of ‘state-sponsored terrorism’ in an interview with CBS News, and President Donald Trump vowed that the Iranian government will be held ‘fully responsible’ for the attack.

Pompeo said in a statement that the attack was ‘orchestrated by terrorists’ and ‘abetted by Iranian proxies’, tweeting pictures that he said showed US-designated terrorists with Iranian ties outside the embassy.

Iran denied it was behind the violent protests and warned against any retaliation. “American officials have the astounding audacity of attributing to Iran the protests of the Iraqi people against (Washington’s) savage killing of at least 25 Iraqis …,” Iranian Foreign Ministry spokesman Abbas Mousavi said in a statement carried on a ministry website.

It is absolutely laughable that the Iranians are trying to deny any responsibility.  They arm, fund and pay the salaries for all of these Shiite groups.

If any of these groups decided to buck Tehran’s control, they would have their funding pulled so fast that it would make their heads spin.

And apparently Tehran is planning for their proxies to commit even more violence against American targets.  In fact, a spokesperson for Kata’ib Hezbollah told CNN that the embassy attack was only a “first step”…

Meanwhile, a spokesman for the Iran-backed militia, Kataib Hezbollah, told CNN that the embassy protests were only a “first step.”

“The American administration should understand the following: the first step was to protest near the American embassy, we are waiting their reactions to determine the second step,” Mohamad Mouhiye said, calling for the US to shut down the embassy and withdraw from Iraq.

Trump administration officials are taking such threats very seriously, and they are deeply concerned about what might happen on Wednesday…

Trump stressed safety in a set of tweets and drew a direct comparison to the 2012 attack in Benghazi, Libya, that left four Americans dead, even as a senior administration official told CNN the White House is “very concerned” about the potential for further escalation come New Year’s Day morning.

“Tomorrow, during the daytime, it’s going to be tense,” the official said.

Hopefully cooler heads will prevail for the moment, but all that will change again once the U.S. responds militarily to Tuesday’s embassy attack.

We live at a time of “wars and rumors of wars”, and a major conflict could erupt in the Middle East at literally any moment.

Let us hope that a cataclysmic scenario can be avoided, but at this point that is certainly looking a whole lot less likely than it did just a few days ago.