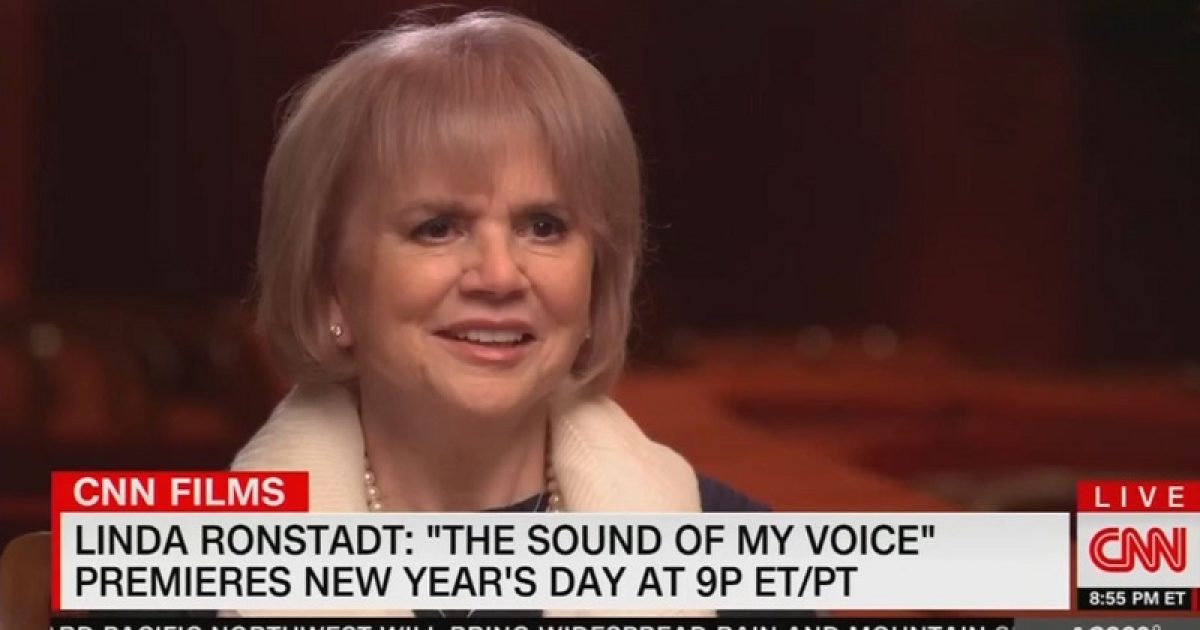 It seems that liberals get stranger and more deranged with each passing day.  Perhaps one day, someone should start a program titled, “Liberals Say the Stupidest Things.”  There would certainly be no shortage of material.  In this case, the lunacy comes from aging singer Linda Ronstadt, who told fake news CNN’s Anderson Cooper that Trump is like Hitler (Like we haven’t ever heard that before) and Mexicans are the new Jews.

Of course comparing Trump and Trump supporters to Hitler is pretty much standard fare with the propagandists at networks like CNN and MSNBC, but something tells me my Jewish friends might have something to say about comparing Mexicans crossing our southern border illegally to the Jews gassed by the Nazis during World War II.

At any rate, here is the video, courtesy of Newsbusters:

Brad Wilmouth posted a transcript of the video, a portion of which appears below:

COOPER: I’ve read that you’ve read a lot about the Weimar Republic and Germany, and you sort of see parallels between then and now.

RONSTADT: Well, great parallels. I mean, the intelligencia in Berlin and the literati and all the artists were just busy doing their thing, and there were a lot of chances as Hitler rose to power, there were a lot of chances to stop him, and they didn’t speak out. And then the industrial complex thought that they could control him once they got him in office, and of course he was not controllable.

By the time he got established, he put his own people in place and stacked the courts and did what he had to do to consolidate his power. And we got Hitler and he destroyed Germany. He destroyed centuries of intellectual history, forward and backward, you know, the people like Beethoeven and Goethe.and Thomas Mollen became jokes. They became Nazi laughing stocks.

COOPER: I think a lot of people, though, would be surprised to hear comparisons between what happened then and now.

RONSTADT: If you read the history, you won’t be surprised. It’s exactly the same. Find a common enemy for everybody to hate. I was sure that Trump was going to get elected the day he announced, and I said that he’s going to be like Hitler, and Mexicans are going to be the new Jews. And sure enough, that’s what he delivered, you know.

We can’t help but ask ourselves the age-old question: Which comes first, the liberalism or the stupid?

At any rate, here is our response: