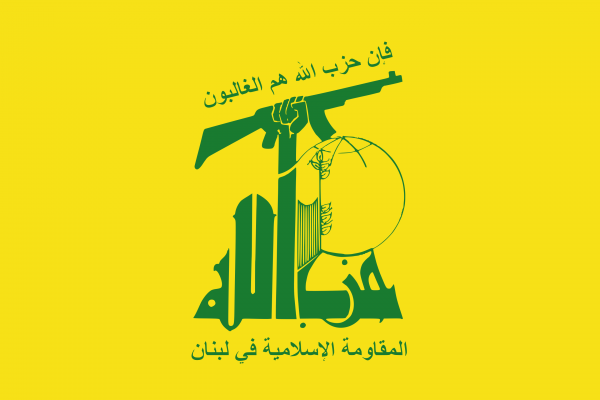 There has never been a greater threat of terror attacks on U.S. soil than there is right now.  In the aftermath of the killing of Iranian military chief Qassem Soleimani, top Iranian leaders are vowing revenge.  Many of the talking heads on television are speculating that Iran may hit American targets in the Middle East, but what they are forgetting is that Iranian-backed terror groups already have a substantial presence in North America.  In particular, Hezbollah has been involved in the North American drug trade for a very long time.  Over the years, the mainstream media gave Al-Qaeda and ISIS a lot of attention, but the truth is that Hezbollah is far better funded and far better armed than either of those groups ever were, and now the man at the top of the military food chain that gave Hezbollah their marching orders has been killed by the United States.  If Hezbollah sleeper cells are ever going to be unleashed in the United States, now is the time when it will happen.

Of course U.S. officials clearly understand that there is a threat.  As Paul Joseph Watson has noted, authorities in New York and Los Angeles are both ramping up security…

The threat posed by Iran-backed Hezbollah sleeper cells embedded in major American cities has once again come to the fore following the killing of Iran’s Quds Force General Qasem Soleimani.

Following last night’s assassination of the Iranian military leader, authorities in both New York and Los Angeles announced that they were ramping up security in readiness for possible revenge attacks on U.S. soil.

This is because Iran is known to have placed Hezbollah terrorist sleeper cells throughout not just Europe but the United States too.

And one former CIA officer is warning that we need to be operating under the assumption that Hezbollah sleeper cells “can hit targets on U.S. soil at anytime without warning”…

Former CIA operations officer, Sam Faddis, warned that Hezbollah sleeper cells were hiding in the U.S. and potentially had targets in its sights.

‘It is more than possible that Hezbollah has sleeper cells in the United States ready to strike,’ Faddis told DailyMail.com.

‘Based on what we know we must assume they do and that they can hit targets on U.S. soil at anytime without warning.’

Up until now, Iranian leaders such as Soleimani have always held back their proxies from committing terror attacks on U.S. soil because the Iranians knew that it would potentially spark a full-blown war with the United States.

But now that Soleimani is dead and war is virtually a certainty, there would appear to be no reason to hold back any longer.

New York City Mayor Bill de Blasio rarely makes any sense at all, but for once I have to agree with him.  During a press conference on Friday, he told reporters that we are “in a de facto state of war”…

NYC Mayor Bill de Blasio said they would be protecting key locations from ‘any attempt by Iran or its terrorist allies to retaliate against the U.S.’

‘We have to assume this action puts us in a de facto state of war,’ he told a press conference on Friday.

It comes amid fears that the Iran-backed Hezbollah militant group, which has been designated by the U.S. government as a foreign terrorist organization, may have sleeper cells in the U.S. that are ready to retaliate.

In particular, the Iranians and their proxies are going to be looking for high value targets to strike, and there are certainly a lot of them in New York.

That doesn’t necessarily mean that something will happen there, but it is definitely a possibility.

And we do know that Hezbollah has previously “plotted to attack U.S. interests inside the country”…

Last year, the criminal prosecution and conviction in New York of the Hezbollah operative Ali Kourani revealed that the terror outfit has already plotted to attack U.S. interests inside the country and is ready to activate if it considers the existence of either Hezbollah or Iran to be at stake.

Following the arrest of Kourani and another Hezbollah operative named Samer el-Debek, the U.S. intelligence community reversed its belief that Hezbollah was unlikely to attempt attacks within the U.S.

“It’s our assessment that Hezbollah is determined to give itself a potential homeland option as a critical component of its terrorism playbook,” said National Counterterrorism Center Director Nicholas Rasmussen.

Unfortunately, a lot of Americans don’t understand the seriousness of what we are potentially facing.

Hezbollah is made up of the most radical Shiite terrorists on the entire planet.

These are the guys that ISIS and Al-Qaeda are afraid of.

Of all the terror groups in existence, Hezbollah is the most competent and the most frightening of them all.

In addition to terror attacks, it is being reported that the Trump administration is also deeply concerned about the possibility of cyberattacks.

The Iranians and their proxies are probably not as advanced in this area as Russia, China and North Korea are, but we do know that they have been building up a “cyber army”…

Analysts believe Tehran has stepped up its capacity to attack key Western cyber infrastructure and has even built up a so-called “cyber army” that pledges allegiance to the Islamic Republic.

“What is feared here is the impact on society — electricity cuts, poisoning, gas leaks, explosions, transport chaos and hospitals,” he told AFP.

So at some point your power may go out, and you may not even realize that the Iranians are behind it.

If and when the Iranians and their proxies start hitting us, it is going to cause a lot of panic.  America is totally unprepared for what is coming, and our enemies are going to take full advantage of that fact.

Getting into a fight with them won’t be pretty, and when it erupts a whole lot of people are likely to end up dead.