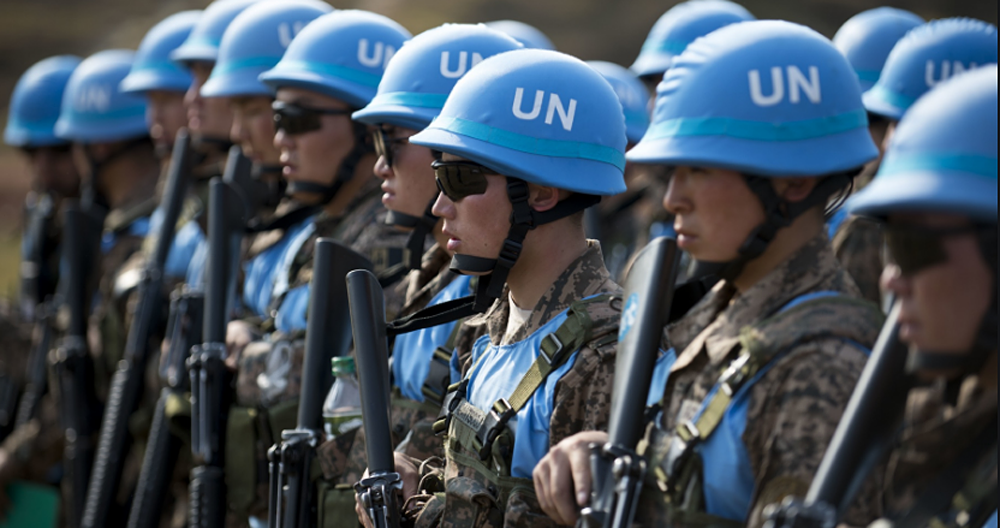 NEW YORK – When the editor of Law Enforcement Today sent me a story to look into this morning, I laughed.  There’s no way this is real, I thought.  It must be some crazy conspiracy theory.

The most concerning duty listed in the job description is this:

“Acts as a Focal Point for Disarmament, Demobilization and Reintegration (DDR) components for two to three missions, responsible for planning, support to implementation and evaluation.”

To be clear, according to the UN’s website, Disarmament is:

“The collection, documentation, control and disposal of small arms, ammunition, explosives and light and heavy weapons of combatants and often also of the civilian population. Disarmament also includes the development of responsible arms management programmes.”

Demobilization is “the formal and controlled discharge of active combatants from armed forces or other armed groups.

The first stage of demobilization may extend from the processing of individual combatants in temporary centers to the massing of troops in camps designated for this purpose (cantonment sites, encampments, assembly areas or barracks).

The second stage of demobilization encompasses the support package provided to the demobilized, which is called reinsertion.”

Reinsertion is “the assistance offered to ex-combatants during demobilization but prior to the longer-term process of reintegration.

Reinsertion is a form of transitional assistance to help cover the basic needs of ex-combatants and their families and can include transitional safety allowances, food, clothes, shelter, medical services, short-term education, training, employment and tools.

While reintegration is a long-term, continuous social and economic process of development, reinsertion is short-term material and/or financial assistance to meet immediate needs, and can last up to one year.”

Reintegration is “the process by which ex-combatants acquire civilian status and gain sustainable employment and income. Reintegration is essentially a social and economic process with an open time-frame, primarily taking place in communities at the local level.

It is part of the general development of a country and a national responsibility, and often necessitates long-term external assistance.”

Desired experience is listed under this job description as:

“Seven years of relevant experience in disarmament affairs, political analysis or in national military or paramilitary service, preferably related to the design, implementation or review of DDR.”

The only language required for this position:  English.

DDR officers have long been used in third-world countries where anarchy reigns.  It has no place on American soil, so why are they recruiting for the position?

A few more duties applicants can expect to be responsible for:

Pardon my speculation, but it’s a little coincidental that this job was posted by the UN the day after Christmas, when there are anti-gun laws expected to be passed this month in Virginia… and where there’s a rapidly growing militia made up of citizens, veterans, and law enforcement officers.

As Law Enforcement Today has been reporting, Virginians are in fear for the second amendment rights amidst legislation likely to pass by a newly democratic majority General Assembly.

Over 100 local governments in the state have declared themselves Second Amendment Sanctuary locations.  Citizens in many of those Sanctuaries have begun forming militias standing ready to fight for their rights.

Representative Donald McEachin encouraged Governor Ralph Northam to activate the National Guard to enforce these laws, which were said by Virginia Attorney General Mark Herring to have “no legal effect.”

That was determined to be an illegal use of the National Guard, and was destined to be ineffective anyway.  Law enforcement and military members alike wrote in to Law Enforcement Today to say that they would have no part in unconstitutionally disarming law-abiding citizens.

Conservative blogger Daisy Luther wrote about the situation on her blog, The Organic Prepper.

“Despite the AG’s opinion and threats from the state government,” she said, “Virginians appear to have no plans to give up their guns or register them. Many members of law enforcement entities and the National Guard have said that they will not act on unconstitutional orders.”

Daisy also wrote, “So for all the folks who have been saying ‘nobody is trying to take your guns’ you might want to read this job listing and reconsider your opinion.”

In April of last year, President Trump revoked America’s signature (which was given in 2013 by then Secretary of State John Kerry) on the UN Arms Treaty.

“Under my administration, we will never surrender American sovereignty to anyone. We will never allow foreign bureaucrats to trample on your second amendment freedom. I’m officially announcing today that the United States will be revoking the effect of America’s signature from this badly misguided treaty.”

“In recent days Democrats have proposed banning new guns and confiscating existing guns from law abiding citizens. What they don’t tell you is the bad guys don’t give up their guns. And you’re not going to be giving up your guns either.”

I hope you’re right, Mr. President, and so does Virginia.

In December, we shared a letter written by a member of the Virginia National Guard.  In case you missed it, here it is:

Editor’s note: In the increased advancement of the infringing on our 2nd Amendment rights, a member of the Virginia National Guard is putting his/her state legislators on notice.

He’s submitted a powerful response to an article we ran recently about lawmakers in that state threatening to call in the Guard to confiscate guns and arrest the cops that refuse to violate then Constitution.

For obvious reasons, the name of this writer has been kept anonymous.

Yesterday, I read an article written in Law Enforcement Today entitled “The Law is the law”: Dems threaten to deploy military against cops who refuse to enforce gun laws.

In the first few paragraphs, I was alerted to the fact that the state of Virginia’s leadership is upset that law enforcement officials do not want to violate their oath to uphold the Constitution. So upset in fact, that they want to call up the National Guard.

I wanted to write and address Representative Donald McEachin.

“And ultimately, I’m not the governor, but the governor may have to nationalize the National Guard to enforce the law. That’s his call, because I don’t know how serious these counties are and how severe the violations of law will be. But that’s obviously an option he has.”

It disturbs me that this guy got elected and has no concept of the law or reality.

Mr. McEachin, have you ever heard of a little thing called the Posse Comitatus Act of 1878? Apparently, you are not.

Allow me to fill you in.

The purpose of the act is to limit the military branches from enforcing laws against US. citizens. While the PCA does not prevent a governor from calling the Virginia National Guard, the law enforcement capacity of the Guard while on state active duty is full-scale enforcement of martial law when local law enforcement can no longer maintain civilian control.

Are you listening Mr. McEachin? If Governor Northam were to call up the National Guard, it would be through enacting martial law.

Since you are so slow in understanding, allow me to explain further.

Martial law is the imposition of direct military control of normal civilian functions by a government, especially in response to a temporary emergency such as invasion or major disaster, or in an occupied territory.

Sheriffs and police chiefs refusing to go against the Constitution to fulfill your stupid anti-gun drivel hardly constitutes a temporary emergency.

If you and your fellow Constitution-hating hacks continue to push an agenda of gun banning, forfeiture and confiscation, I can almost assure you that you might meet more than one requirement for enacting martial law.

If you force local law enforcement to start violating peoples 2nd Amendment rights by taking their guns, you will wind up with temporary emergency due to an occupied territory.

There are people who will dig in. They will fortify their habitations. They will stand firm in their resolution to exercise their un-infringed right. And it will get ugly.

“I would hope they either resign in good conscience, because they cannot uphold the law which they are sworn to uphold, or they’re prosecuted for failure to fulfill their oath. The law is the law. If that becomes the law, you don’t have a choice, not if you’re a sworn officer of the law.”

I wonder if he sees the irony of his statement.

If the state deems that it should enact martial law because sheriff’s, whose only “crime” is standing up for the Constitution, here is what it looks like.

The state Constitution would be suspended. So would habeas corpus and civil rights.

There would be no freedom of the press, assembly or speech.

Curfews would be enforced on the people.

Troops would be in the streets for enforcement.

Checkpoints would be set up for control.

The Guard would have the ability to hold a person without charge.

Imprisonment without representation or due process.

Seeing that we are talking about gun control, there would be warrantless, house to house confiscation of firearms, ammunition, food supplies.

I have to wonder if this is really what Democratic leaders in Virginia want. Because what it equates to is a tyrannical government using its military as ‘enforcers.’

And that is exactly what the 2nd Amendment was created to protect against.

If the Virginia legislators want to push this issue, it could get ugly.

And oh, by the way, plan on seeing the vast majority of the Virginia National Guard become Conscientious Objectors. It will be really hard for them to arrest cops and confiscate guns when none of them will carry the necessary arms to enforce said arrests and confiscations.

How do I know this? I am one of them and will be one of the first to lay down my gun and walk away.

I will not be a pawn in a tyrannical game of human chess. Neither will most of the men and women I serve with.

Leah Anaya is a medically retired police officer. She served for three years at the Oakland Police Department, and just under five at the Vancouver Police Department in Washington State. She is now a stay at home mom living with her husband, who is still serving as an officer, and their three children. She also grew up as the daughter of a police officer in California. Leah is a peer support advocate for The Wounded Blue as well as Serve and Protect. You can find her on social media @leahmsanaya or at www.leahanaya.com.