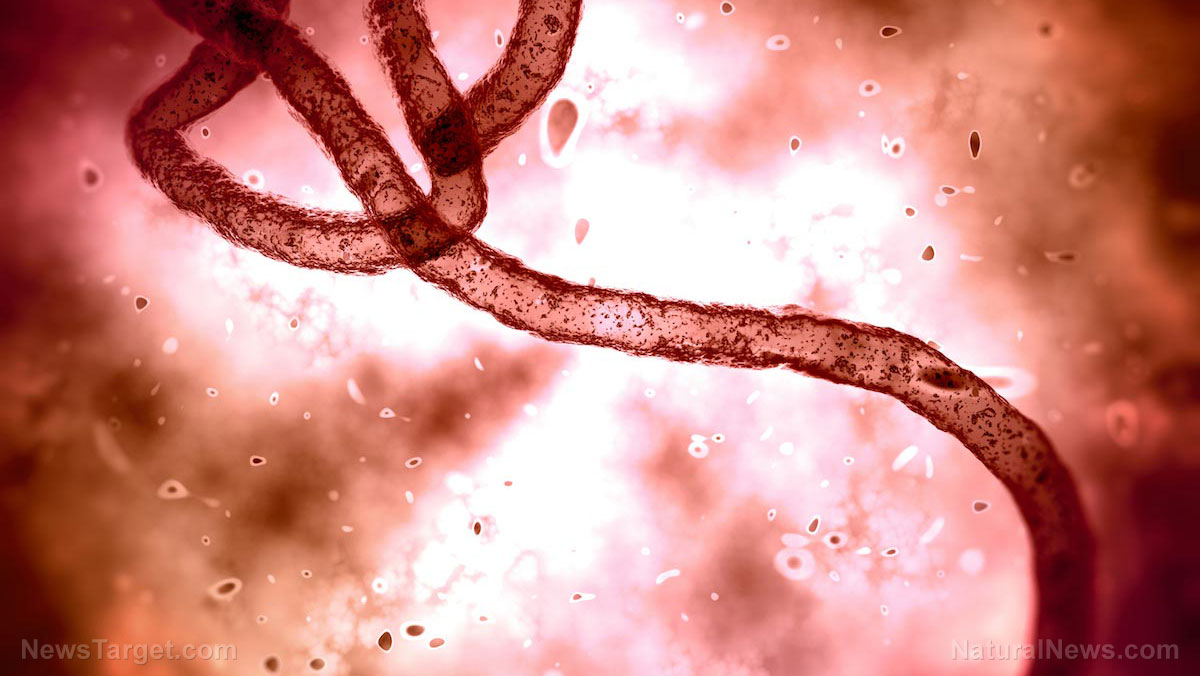 (Natural News) An effort is under way right now to harvest Ebola-infected subjects from African nations, then transport them to the U.S. border and have them cross into the United States as “human weapons” who will unleash Ebola on U.S. soil. This is part of the globalist effort to bring down the United States of America and cause chaos before the 2020 elections while subjecting all Americans to “medical martial law” that demands mandatory Ebola vaccines (which just happen to contain live viruses to further spread the outbreak).

This effort is fully funded by both UN-linked organizations who have been running depopulation vaccine experiments on human subjects in Kenya as well as the criminal CDC, which functions as nothing more than a malicious propaganda front for the vaccine industry. As the independent media has been exhaustively covering, migrants from Ebola-infected African nations are being deliberately deposited in major U.S. cities, including Austin, Texas, where InfoWars reporters have conducted numerous interviews to discover shocking details about Ebola risk in Texas.

Just last week, a 41-year-old woman from the Democrat Republic of the Congo illegally crossed the border while carrying Ebola. She was apprehended by U.S. Border Patrol, then proceeded to vomit and eventually die from what was labeled “acute kidney failure,” the most common organ failure among those who are infected with Ebola. (The DRC is currently experiencing one of the largest Ebola outbreaks in history.)

Ebola can be carried by individuals who aren’t yet killed by it. As this InfoWars article reports:

CBP said the Congolese woman was vomiting and “suffering from abdominal pain,” and “renal replacement therapy” is “therapy that replaces the normal blood-filtering function of the kidneys.”

According to Reuters, “People who survive Ebola virus infection face a dramatically higher risk of dying – probably from severe kidney damage – within a year of leaving hospital.”

So, it’s possible the Congolese woman’s kidney damage came as a result of an Ebola infection she was ultimately cured of, but just two weeks ago, the first documented relapse of an Ebola patient was recorded.

“In early December, Congolese health authorities reported that a survivor in Mabalako, North Kivu province, had fallen ill with the virus again,” Reuters reported. “Preliminary tests have since classified it as a relapse, the WHO said in a weekly report.”

What’s the purpose of this outbreak? To demand all Americans be injected with a deadly Ebola vaccine containing live Ebola viruses. It’s all part of a coordinated, CDC / FDA psyop false flag operation that’s being ignited by sending “human weapons” into the USA to unleash Ebola and cause a pandemic.

[B]oth the CDC and the National Institutes of Health (NIH) are among the key players in promoting the Ebola vaccine. While the CDC owns the patent on Ebola itself, the NIH owns the patent on Ebola vaccines. As it turns out, the NIH has collaborated with the Vaccine Research Center (VRC), a division of the National Institute of Allergy and Infectious Diseases (NIAID), and Crucell, another vaccine developer, to commercialize an Ebola vaccine in the very near future.

This agreement dates back more than a decade, with Crucell entering Phase I clinical trials for said vaccine back in 2006. Several years later, the NIH and NIAID awarded Crucell with further funding to advance the development of a multivalent filovirus vaccine to treat not only Ebola but other similar viral infections that cause severe hemorrhagic fever in both humans and nonhuman primates.

From another Natural News story published in 2014:

Patent applicants are clearly described on the patent as including:

The Government Of The United States Of America As Represented By The Secretary, Department Of Health & Human Services, Center For Disease Control.

The patent summary says, “The invention provides the isolated human Ebola (hEbola) viruses denoted as Bundibugyo (EboBun) deposited with the Centers for Disease Control and Prevention (“CDC”; Atlanta, Georgia, United States of America) on November 26, 2007 and accorded an accession number 200706291.”

The “SUMMARY OF THE INVENTION” section of the patent document also clearly claims that the U.S. government is claiming “ownership” over all Ebola viruses that share as little as 70% similarity with the Ebola it “invented”:

If you are stricken with Ebola, the U.S. government can claim “ownership” over the viruses inside your body as justification to quarantine you or end your life for medical experiments

Note that since the CDC now owns all Ebola viral strains, according to the U.S. Patent Office, if you are stricken with Ebola and begin to replicate the Ebola genetic code in your own cells, you are now a criminal who is violating the CDC’s “intellectual property.” You can then be arrested (i.e. “quarantined”) or even kidnapped and killed for medical experiments involving the CDC, Ebola and vaccines. Your entire body is now “owned” by the CDC, since Ebola genetic code has replicated throughout your blood and organs.

If you don’t believe the U.S. government could be so evil to carry out such mad experiments on Americans, then you don’t know the history of government-run medical experiments on Americans. It goes way beyond Tuskegee and the Guatemalan prisoner experiments that were funded by the NIH and admitted by Barack Obama. It’s a full history of illegal, inhumane medical experiments mostly conducted on blacks, prisoners and soldiers, but sometimes also conducted on the general public. Read the full timeline here.

Or see this short list of the 13 most heinous experiments carried out on humans by the U.S. government.

The development of the Ebola vaccine has been scripted and fast-tracked to prepare America for a massive Ebola false flag operation that will involve real infections, but a false narrative.

2020 looks to be the year the CDC — a criminal organization that causes pandemics to promote vaccine profits — is going to unleash the most horrific and dangerous medical false flag in the history of our world.

The number of deaths will likely dwarf the six million Jews killed by the Nazis in World War II, according to historians. Now, a new terror has been unleashed upon the world that’s even more dangerous than Zyklon B: Weaponized Ebola from the CDC and the pharmaceutical cartels that hope to reap a windfall of profits while human beings suffer and die.

There are, of course, many natural medicines and herbal solutions that can defeat Ebola, but they have all been systematically censored by the tech giants acting in concert with the CDC, all as a scheme to force Americans to receive the weaponized Ebola vaccines rather than turn to natural remedies that don’t spread the pandemic (like vaccines do).

Google, in other words, is part of this conspiracy against humanity which will coalesce into the deaths of countless innocent Americans as the CDC, the mainstream media and the tech giants turn the entire nation into a mad science medical experiment protected by Big Tech’s disinfo psyops and censorship schemes.

In other words, what Big Tech, the mass media and the CDC are about to do will go down in history as the more heinous crime that has ever been committed against humanity, even dwarfing the Holocaust.

The goal of it all? It’s not just about causing chaos and collapse in America as a way to defeat President Trump and the populist uprising; it’s also about depopulation and the globalist plan to drastically reduce the number of humans living on planet Earth — an outcome they have convinced themselves is necessary to save the planet from “climate change,” which is a total hoax fabricated by the very same people who are running the genocidal depopulation schemes, by the way.

Read Vaccines.news to stay informed, and watch highly-censored videos about vaccines and Ebola at Brighteon.com.