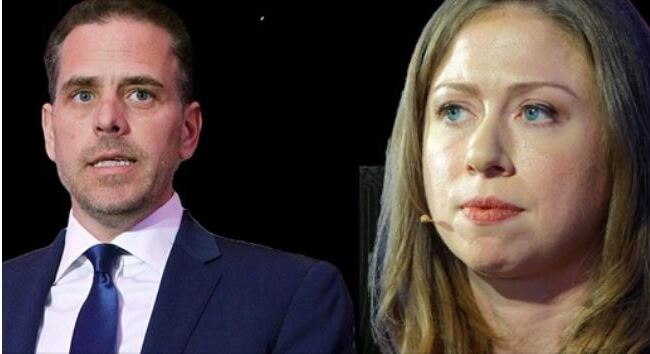 Opinion| Mark Sidney | I think that we all knew that this moment would soon come.

It was only a matter of time before someone scrutinized HRC’s kid’s bank accounts and income history and found out, SURPRISE! (not surprised) Chelsea C. is very wealthy.

Apparently, the apples did not fall far from the tree.

TGWP goes on to report that ‘Chelsea Clinton has hauled in $9 million in compensation since 2011 as a board member of an internet investment company, according to Barron’s, the financial publication.

Clinton, the only child of former President Bill Clinton and the former Secretary, has served on IAC/InterActiveCorp, a media and internet investment company owns a stake in 150 major brands, such as Vimeo, Tinder, Angie’s List and Home Advisor.

“She reported owning $8.95 million worth of IAC stock to the Securities and Exchange Commission at the end of December,” according to The Hill.

Clinton was named to the board of Expedia Group in March of 2017, a position that typically earned $250,000 in 2015, according to a report at the time by The Guardian.

Both IAC and Expedia are controlled by Barry Diller, the business and television mogul, who is a friend of Hillary Clinton.

That’s not all. The Daily Mail looked at the former 1st daughter’s income, and their findings were nothing short of extraordinary:

Chelsea Clinton, 39, took home just over $600,000 last year for her work as director on the boards of IAC and Expedia, according to records obtained by DailyMail.com.

The IAC board met just six times in 2018, while some members of the Expedia board were only obligated to attend two meetings last year.

Those two companies are both headed up by the family’s good friend Barry Diller, the billionaire businessman and longtime partner of designer Diane von Furstenberg, who is often spotted attending Broadway shows with Chelsea and her parents.

It seems that, while there is no ‘white privilege’ (as far as I can see, tell that to my family members who have been busting their asses working 2 jobs just to pay the rent) but there is ‘Clinton Privledge’ and certainly ‘Democrat politician Privilege.’

According to The Gateway Pundit “Chelsea has been getting free money for years, just like her mother did. Chelsea Clinton once made $600,000 a year to produce a few “feel-good pieces” for NBC News — where she was a “special correspondent.”’

Chelsea has apparently she has accumulated a decent sized fortune, which includes an enormous $10 million “luxury fortress” in one of the most expensive locations on planet Earth, Manhattan. The property is allegedly New York’s longest apartment – it reportedly stretches an entire block from 26th Street to 27th Street and sits right of the famous, Madison Ave.

I can not wait to see what National File‘s Patrick Howley, or another one of the top investigative journalists out there can find once they start digging … if they can survive the investigation …