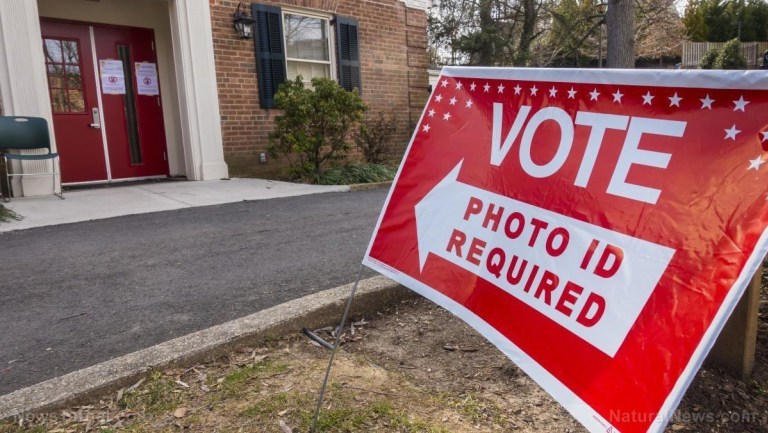 (TNS) For as long as Republicans have accused Democrats of padding voter registration rolls so they can squeeze out extra ballots for their candidates during elections, the Garbage Party has denied it.

But now, thanks to the yeoman’s work of Judicial Watch, there is irrefutable proof.

The government watchdog organization has been focusing its legal resources via notices and lawsuits on cleaning up voter registration rolls ahead of the 2020 election, which Democrats are no doubt going to try to steal. It’s not Russia we ought to be worried about, it’s the Left’s authoritarian mindset; there’s only one reason to effectuate vote fraud and that’s to steal power.

In recent filings, Judicial Watch has informed five states they have a combined 2.5 million ‘extra’ people on their voter registration rolls that need to be cleared ahead of November.

And, as The Epoch Times reports, they just happen to be ‘decider’ states:

At least 2.5 million extra voter registrations are on the voter rolls of 378 counties nationwide …

Significantly, four of the states with voter over-registrations–Pennsylvania, North Carolina, Virginia, and Colorado—are important battleground states that will figure prominently in the presidential election later this year. An unusually high voter registration rate suggests a jurisdiction may not be removing voters who have died or who have moved elsewhere, as required by federal law, according to Judicial Watch.

To reduce the likelihood of voter fraud in the 2020 elections, Judicial Watch has sent “notice of violation” letters to 19 large counties in five states, warning that the group intends to file suit against them unless they comply with federal law and remove ineligible voter registrations within 90 days.

Section 8 of the National Voter Registration Act of 1993 (NVRA), also known as the Motor-Voter law, requires that jurisdictions take reasonable efforts to remove ineligible registrations from their voter rolls. During the Obama administration, the Department of Justice was heavily criticized by Republicans and others for failing to enforce Section 8.

Judicial Watch discovered the over-registrations by analyzing data recently released by the U.S. Election Assistance Commission (EAC), an independent, bipartisan commission that was established by the Help America Vote Act of 2002 (HAVA).

JW has already had a great deal of success cleaning up voter registration rolls, efforts which are routinely opposed by state-level Lefties who try to claim, unrealistically, that eliminating the names of people who are dead, gone, or moved somehow constitutes voter “disenfranchisement.”

“Previous Judicial Watch lawsuits have already led to major cleanups in California, Kentucky, Indiana, and Ohio—but more needs to be done,” said Fitton. “It is common sense that voters who die or move away be removed from the voting rolls.”

As we reported in March, Fitton said he believes that as many as 900,000 illegal aliens voted in the 2018 Midterms.

Worse, asked if the DoJ was doing anything at all about the problem, Fitton responded, “Not that I’m aware of.”