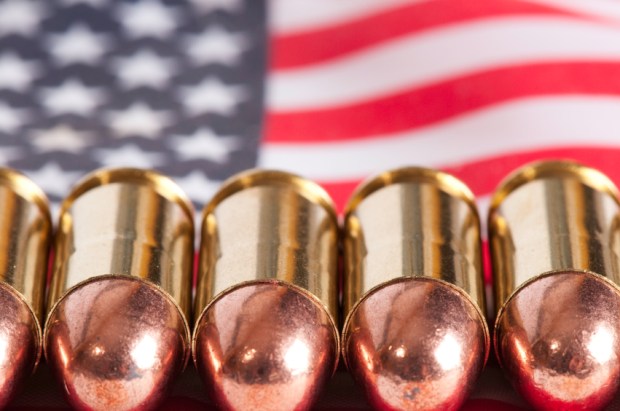 (TNS) It’s bad enough that incoming majority Democrats in Virginia are set to propose a bevy of new gun control laws that are stirring so much Second Amendment passion in the state that the vast majority of jurisdictions have pre-determined they won’t help enforce them.

But in late December, one Democrat — Delegate Kaye Kory — filed filed HB318, which would make it a crime to knowingly possess ammunition on “the property of any public, private or religious elementary, middle or high school, including buildings and grounds.”

Already, the state bans guns on such grounds, but as the NRA notes, it’d be a mistake to label them “gun free zones” because when someone with bad intentions wants to harm as many people as possible, he or she simply ignores the law.

That said, the ammo ban looks and smells like a set-up, in addition to being totally unnecessary; after all, legally, if you can’t have a firearm in those locations, doesn’t it stand that there won’t be any ammunition in them, either?

Perhaps and perhaps not, the NRA notes:

As it exists, § 18.2-308.1 would seem to provide a small exemption to this prohibition for “a person who has a valid concealed handgun permit and possesses a concealed handgun while in a motor vehicle in a parking lot, traffic circle, or other means of vehicular ingress or egress to the school.” However, given the sloppy drafting, it is not clear if the exemption would only pertain to the concealed firearm or if it would pertain to the concealed firearm and its ammunition.

Therefore, under this legislation, a person who frequently uses their motor vehicle to hunt, shoot, or carry, would need to remove every piece of ammunition from their vehicle before parking and leaving the vehicle on school property, even if they are a concealed handgun permit holder.

Democrats can say all they want they ‘support the Second Amendment’ and ‘believe in an individual’s right to own a gun,’ but by their actions they continually prove otherwise.

This legislation isn’t just unnecessary, it’s dumb. And again, it sure smells like a set-up.