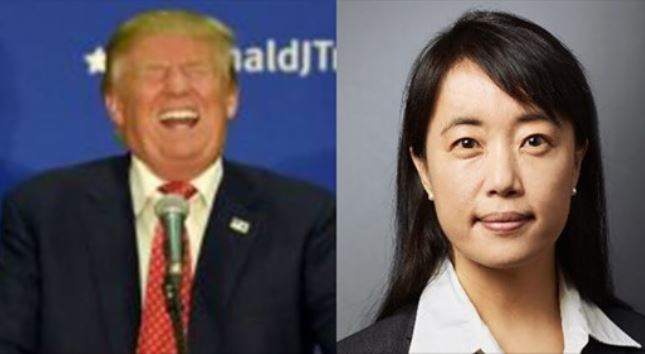 Progressives have been on a mission to get President Donald Trump removed from The White House from the day he was elected.

One of the ideas they have had was to use the 25th Amendment which would remove the president for being disabled.

The disability they believe he has is a mental one which would make proving it tough. But one Yale professor has another idea.

The idea will not remove the president, but it would render him impotent for days and injure his standing on the worlds stage.

Lee, founded the World Mental Health Coalition, wants Speaker Pelosi to put a mental health hold on the president after he ordered the strike that killed Iranian Gen. Soleimani.

Presumably the professor believes that she knows more about why the operation was conducted than the president, intelligence agencies and generals.

Does the professor think that, like a dictatorship, the president could simply make a phone call and order a strike?

The fact is in order for a strike like this to happen the military has to come to the president and present the option.

They have to tell him what the chances of success are, potential hazards and ask for his approval, which he either gives or does not give.

In this case the president gave his approval to the operation and one of the world’s most murderous terrorists was killed.

“As a co-worker, she has the right to have him submit to an involuntary evaluation, but she has not,” Le said to Salon.

“I am beginning to believe that a mental health hold, which we have tried to avoid, will become inevitable.”

“This was why more than 800 mental health professionals petitioned Congress to consult with us, since, without intervention, this kind of crisis was a matter of time, not just a possibility.”

“In other words, he is extremely drawn to actions that would help him appear as if he has mental capacity, such as a ‘presidential strike’ against an enemy, while avoiding the proper procedures, such as briefing with Congress, that might expose his lack of capacity,” Lee said.

“What we do not expect from someone who lacks mental capacity is rational, reality-based decision making that is non-impulsive, non-reckless, and cognizant of consequences.,” she said.

Yes, we should stop the government for three days because a progressive professor from Yale says so, after never having met the person she is requesting the hold on.

If that ever happened you could expect this to happen to every administration forever.