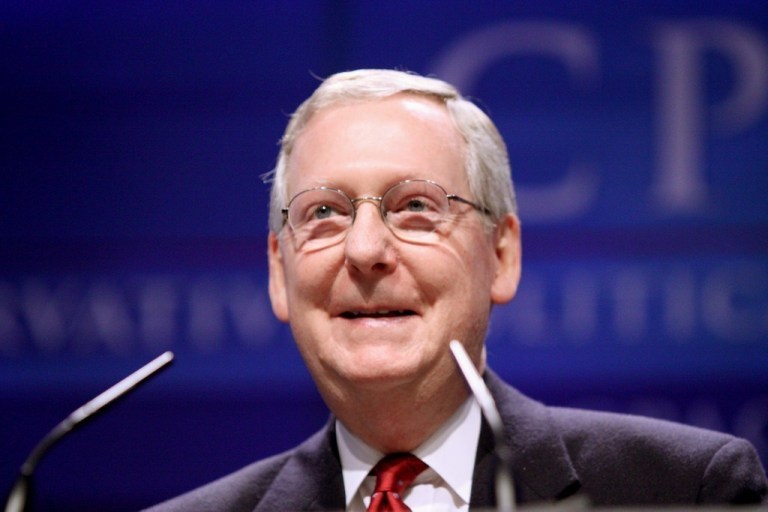 (TNS) We hear a lot of grumbling amongst conservatives about the manner in which Democrats are conducting themselves regarding the impeachment of President Donald Trump, and all of it is fair.

The charges are bogus; there was no “quid pro quo” regarding Ukraine; the president is actually the victim here; and our favorite: Democrats are hypocrites when it comes to demanding a “fair trial” in the Senate when the process by which they impeached Trump to begin with was a one-sided affair.

There are a lot of explanations here that fit, but the only one that matters is this one: Democrats hate our country as it was founded, so their mission in life is to destroy our system of government, our governing institutions, and all confidence in the function of government — to tear it all down — so they can rebuild an authoritarian model in their image.

That’s all you need to understand about the impeachment of President Trump.

Well, thankfully he has enough GOP allies in the Senate who are tiring of the Democrat clown show in the House. On Monday, Senate Majority Leader Mitch McConnell (R-Ky.) announced that he has the votes to shut down cold the Democrat ‘demand’ for impeachment witnesses.

Senate Democrats needed four Republicans to vote with them in the upper chamber in order to push through the witness demand which, by the way, is just another lame attempt by the Garbage Party to stretch out impeachment into the future, for 2020 campaign reasons.

There are no “witnesses” to the president’s “crimes” because he didn’t commit any. So, again, this ‘witness’ business is jut part of the same clown show the House launched in the fall.

According to The Hill, McConnell has the votes to keep the Senate trial short, meaning new witness testimony and documents would not be included (because there is no need for them). Two of the ‘moderate’ Republicans – Sens. Susan Collins (R-ME) and Lisa Murkowski (R-AK) – are siding with McConnell (still, Alaska, when the time comes, do better than Murkowski because you can).

For their part, Collins and Murkowski prefer the Senate impeachment trial model used for Bill Clinton: Having House impeachment managers and Trump’s defense team make their opening statement, then, if necessary, the Senate could subpoena for additional documents and witness testimony.

“The process moved to a period during which the Senate debated and voted that three witnesses should be deposed. I believe that this process — the Clinton approach — worked well,” Collins said in a statement.

There are other #NeverTrumpers in the Senate, like Mitt Romney, but McConnell runs a pretty tight ship. And every Republican, including Romney, want something from the president.

Meantime, McConnell also seems to be sending Pelosi & Co. a message as well: The Senate is his domain, not theirs, and he will not allow the system to be torn down on his watch.