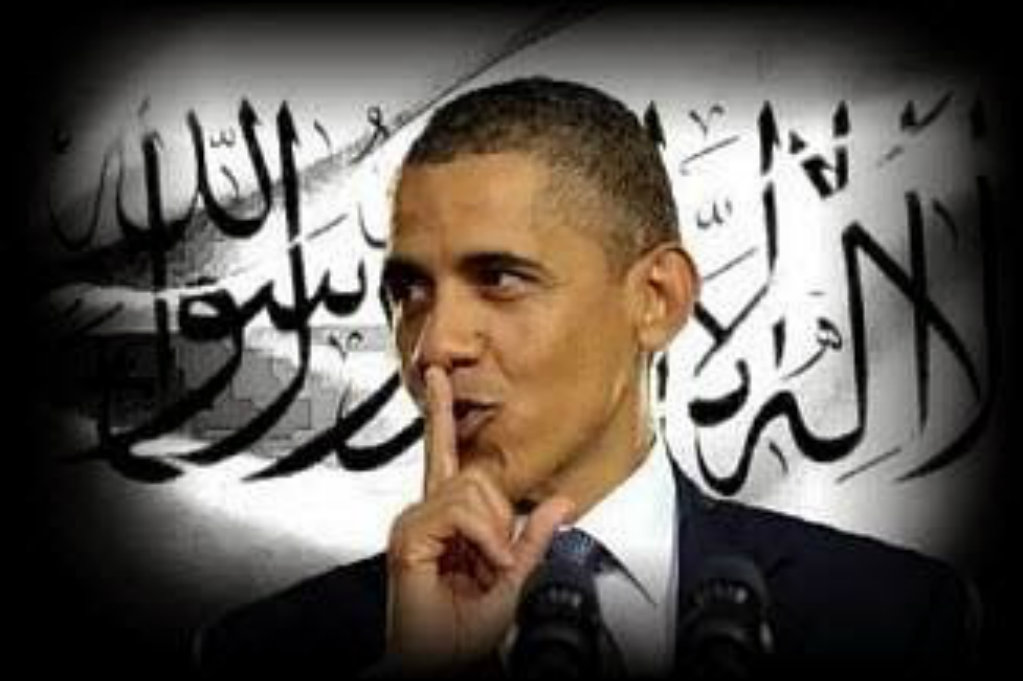 OPINION| Lawrence David| Every day comes with new revelations making it impossible to continue justifying the defense of former President Obama’s blatant giveaway of the JCPOA and his defense of terrorists. Yet, our media continues trying…

This article from July 15, 2016 laid it all out so clearly… including the reaction if a future president were to take corrective measures to protect American interests.

(Telegraph.co.uk) As head of the Quds Force in Iran’s Revolutionary Guards, Qassem Suleimani is widely regarded as one of the world’s leading terrorists. Now Barack Obama has effectively granted him an amnesty.

Qassem Suleimani,[Soleimani] the head of the elite Quds Force in Iran’s Revolutionary Guards, fully deserves his reputation as one of the world’s leading terrorist masterminds.

For a decade a more he has been the driving force behind an array of Iranian-sponsored terrorist groups, from Hizbollah to Hamas, which have orchestrated a reign of terror throughout the Middle East.

From a purely British perspective, he was responsible for training and equipping the Shia militias in southern Iraq who killed scores of British troops during the dark days of Iraq’s sectarian conflict following the overthrow of Saddam Hussein, and was reported to have trained the Taliban in the art of making deadly roadside bombs that killed and mutilated our Service personnel serving in southern Afghanistan.

So you can imagine my amazement when, leafing through the more obscure annexes of President Barack Obama’s “historic” deal with Iran (page 86 of the annex, to be precise), I found that Mr Suliemani – as the White House no doubt now refers to him – has been granted an amnesty and taken off the list of proscribed Iranians – together with a number of senior members of the Revolutionary Guards.

Thanks to Mr Obama’s scandalous capitulation to Tehran, Mr Suleimani has overnight gone from being one of the world’s most wanted terrorists to the White House’s newest best friend…

… from now on, the onus will be on the West to make the case that Iran is not playing by the rules by handing over its intelligence to prove so.
The deal Obama and Kerry struck would actually force us to burn intelligence sources if we wanted to register a complaint.

The accord struck in Vienna between the P5 +1 and Tehran likely came at a high price. Was their loyalty bought with some or all of the $1.7 Billion in cash that was shipped to Iran under cover of darkness?

An adequate explanation for the cash shipment has never been provided.

The Obama administration claimed that Iran was cash-strapped and needed access to the funds immediately, but transferring funds electronically could’ve been finalized in under an hour while the shipment by cargo plane took more than 15 hours.

Cash, is untraceable, making it perfect for hiding illicit transactions.

The P5+1 countries include the five permanent members of the United Nations Security Council – China, France, Russia, the United Kingdom and the United States – and +1, Germany.

Only the United States and Britain have new leaders, Donald Trump and Boris Johnson. Trump was elected to restore nationalist policies in the United States. Johnson ran on a similar platform.

For those who are wondering why the leaders of the other nations listed above are resisting Trump’s efforts to confront Iranian aggression, think about this.

If that cash payment of $1.7B was used as bribe money, it would be impossible for those who participated to come clean with America’s new president lest Obama expose their earlier corrupt sellout of Western interests. It might be a scorched earth policy.

While you’re contemplating the potential truth of this allegation, ask yourself WTF John Kerry was thinking about while he was busy meeting with Iranian leaders in the spring of 2018.

Reports had Obama’s former Secretary of State Kerry, who was one of the architects of the JCPOA giveaway, meeting with Iranian officials in an attempt to salvage the deal. This was as clear a violation of 18 U.S. Code § 953 – commonly known as the Logan Act – as we’ve ever seen.

Saudi Arabia and others in OPEC will more than make up the Oil Flow difference in our now Full Sanctions on Iranian Oil. Iran is being given VERY BAD advice by @JohnKerry and people who helped him lead the U.S. into the very bad Iran Nuclear Deal. Big violation of Logan Act?

Why would Kerry be so desperate to save an obviously flawed deal other than the reasons we outlined about? Waiting for an answer…