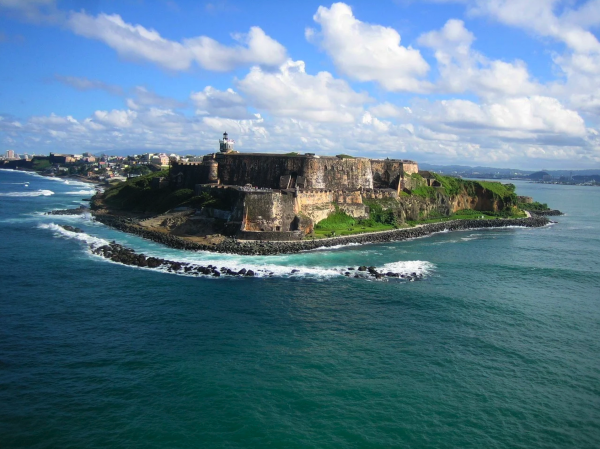 The nightmarish earthquake swarm that has been rattling Puerto Rico since last month continues to make headlines all over the world.  Homes, businesses, schools, hospitals and historic structures all over the main island of Puerto Rico have crumbled, and many residents are deeply afraid of using many of the buildings that remain standing because they are afraid that they could literally collapse at any moment.  We haven’t seen this sort of shaking in the region in more than a century, and as you will see below, experts are telling us that more quakes are coming.

Traditionally, Puerto Rico has not been known for heavy seismic activity.  But now that could be changing.  According to CNN, there have been more than 500 quakes “of magnitude 2 or greater” since December 28th…

Since December 28, more than 500 earthquakes of magnitude 2 or greater have rattled the area, according to the US Geological Survey. Many of them were relatively shallow, which means they were likely felt on land.
Of the hundreds of earthquakes, 32 were magnitude 4 and above, including the ones Monday and Tuesday.

And overall, there have been “more than a thousand quakes” of all sizes since this earthquake swarm first started in December…

Since the tremors began last month, Puerto Rico has experienced more than a thousand quakes, most of them too small to feel.

The mainstream media really began to take notice when the main island of Puerto Rico was hit by a magnitude 4.7 earthquake on December 28th, and that was quickly followed by a magnitude 5.0 quake.

A 6.4 magnitude earthquake rumbled across Puerto Rico on Tuesday, killing at least one person and knocking out power to virtually the entire island of more than 3 million.

An aftershock three hours later registered at magnitude 6.0. The temblors came one day after the island was shaken by a 5.8 magnitude quake that crumbled homes and triggered states of emergency across the island.

Needless to say, none of this is normal.

In fact, the magnitude 6.4 quake was the largest that Puerto Rico has experienced in more than 100 years.

The destruction that has been caused by these earthquakes is immense, and at one point approximately two-thirds of the main island was without power.

Eventually, the power will be restored and structures will be rebuilt.

But in some cases, the damage that has been done can never be repaired…

Punta Ventana, a stone arch shaped like a window and located beside the ocean of Puerto Rico’s southern coast, was destroyed after the Caribbean island was rocked by a 5.8 magnitude earthquake early Monday morning. A 5.1 magnitude quake followed just hours later.

“Playa Ventana has collapsed,” said Guayanilla spokesman Glidden Lopez, according to the Miami Herald. “Today our icon is nothing but a memory.”

Well, the USGS is telling us that Puerto Rico is literally “being squeezed” between two tectonic plates…

That certainly doesn’t sound good at all, and it could have very serious long-term implications for those that currently call Puerto Rico home.

For now, authorities are warning us that “aftershocks will continue for some time”.

In other words, that means that more earthquakes are coming.

In fact, the USGS says that there is a small chance that we could actually see an earthquake even larger than the magnitude 6.4 quake that we just witnessed…

Because of this danger, many people are literally sleeping in the streets so that their homes will not collapse on top of them…

Families in Puerto Rico’s coastal towns spent the night in cots, cars and other makeshift beds away from their damaged homes. The possibility of another strong earthquake forced some to sleep outdoors.

We live at a time when our planet is becoming increasing unstable, and what we have seen so far is just the beginning.  I know that I keep harping on this, but it is so important that people understand what is really going on.

We have entered a period of dramatic change, and the old rules simply do not apply anymore.

Elsewhere, one of Alaska’s most important volcanoes just shot a cloud of ash five miles into the air.  The following comes from Reuters…

An Alaska volcano shot an ash cloud about 5 miles (8 km) into the sky on Tuesday, prompting flight delays and cancellations and raining volcanic particles onto at least one nearby community, officials said.

The ash-producing explosion at Shishaldin Volcano, about 680 miles (1,094 km) southwest of Anchorage, marked the biggest event in about six months of on-and-off eruption activity at the mountain, the Alaska Volcano Observatory reported.

Major seismic events are happening all over the world so frequently now that they barely make a blip in the news these days.

Unfortunately, most Americans are not going to start paying close attention until a major disaster hits the lower 48 states.

According to Earthquake Track, there have been more than 36,000 earthquakes of magnitude 1.5 or greater in the United States over the past year.  The shaking literally never stops, but the good news is that most of the quakes are so small that we don’t feel them.

But scientists also assure us that we are way overdue for a major event, and this is particularly true on the west coast.

Someday soon, a major disaster will strike without any warning, and then most Americans will finally understand how vulnerable we truly are.