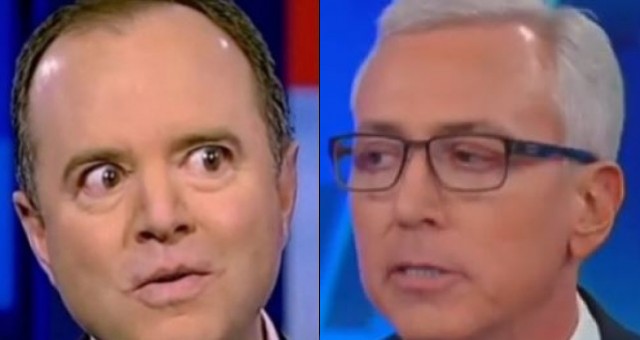 House Intelligence Committee Chair and California Rep. Adam Schiff could have a serious challenger for his spot in Congress.

In an exclusive interview with The Hill, famed psychologist and television star Dr. Drew Pinsky hinted that he could vie for Schiff’s spot.

“I wake up every day and drive through this town and I am morally moved where I feel like I have to do something,” he said.

“I was watching all the impeachment proceedings and I was going, ‘Oh my God, our Congress is tied up and we’re dying out here in California. What are these people doing?’” Pinsky said.

“I thought, ‘Oh my God, I have to run for that office at least just to get him to start participating in the governance of this region,’” he said.

He said that he would likely run as a Democrat but that he regularly changes which Party he is affiliated with and would be very moderate.

“People have sort of been swirling around me, going, ‘Oh, you should run for mayor.’ Well I didn’t really want that job.

“‘Well, you should run for governor.’ Well, that’s not really possible. So I was sort of thinking about these things,” he said.

He said he would focus on the homelessness crisis in California, infrastructure and helping those with mental issues, but he does not want to run for Congress as much as he thinks he needs to.

After all Pinsky is a dad of 3 kids and a television star. Add one more kid and does that sound like someone else you know?

“Believe me, I don’t want to,” he said. “I’d have to change my whole life, and I’m not really prepared to do that just yet.”

“But the fact that I keep thinking about it tells me how profound the problems are,” he said of his possible campaign for Congress.

“that I feel obliged to maybe turn my life upside down just to get things governed out here,” the doctor said in the interview.

“I am constantly morally mobilized because of the condition of what’s going on here in California,” he said.

It would not be the first time that a celebrity campaigned for office in California as movie stars Ronald Reagan and Arnold Schwarzenegger were both governors.

There have also been other celebrities who served in various positions. And we may not agree with everything he would do in Congress but anyone would be better than Schiff.