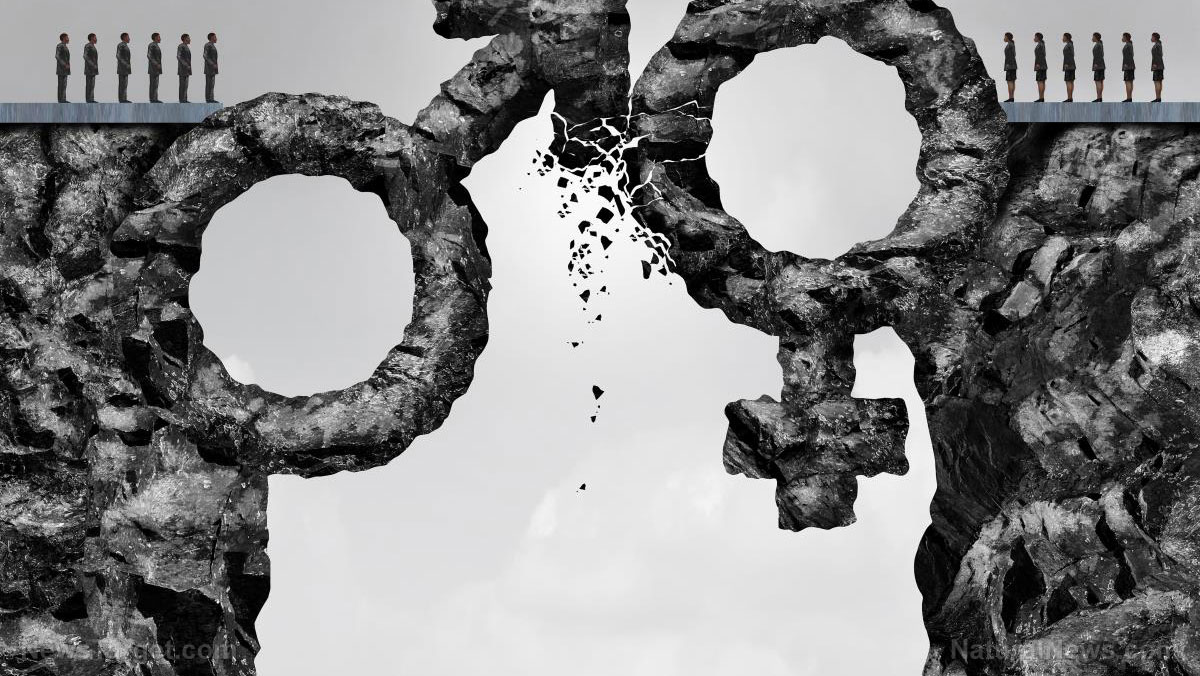 (Natural News) As part of the trendy obsession with going “trans” these days, the LGBTQ Human Rights Campaign (HRC) has launched a “Safer Sex for Trans Bodies” primer that instructs the next generation of youth into the “proper” use of LGBTQ-approved names for trans people’s genitalia.

A “strapless,” the guide explains, is a term used to describe “the genitals of trans women who have not had genital reconstruction (or ‘bottom surgery’), sometimes referred to as a penis.” And a “vagina,” it further explains, isn’t something that a biological woman is born with, but is rather a “word to talk about the genitals of trans women who have had bottom surgery.”

So, what is a vagina now called on a biological woman? According to the primer, the proper terminology is front hole, which the guide explains “may self-lubricate, depending on age and hormones.” And as far as who has a dick, the guide says “people of all genders” may have one, as a dick is a “word to describe external genitals,” which can “come in all shapes and sizes.”

For more related news about LGBTQ perversion, be sure to check out Gender.news.

Transgenderism is a mental disorder, not an identity

As you might expect, Twitter was quick to condemn this Orwellian, and quite frankly disgusting, trans manifesto for basically hijacking the English language. One actual female user called out HRC for stealing the word vagina from real women, and giving them front hole instead.

“Wow, so trans women have a vagina, but us biological women have a ‘front hole,’” this user tweeted. “LOL these people are insane,” she added, referring to Amir Sariaslan, the guy from the HRC who first tweeted about his organization’s language guide.

“What in the fresh politically correct dystopian 1984 language control hell is this?” asked another Twitter user about the HRC’s attempted theft of common vernacular to suit a special interest LGBTQ cause that 99 percent of society would prefer not to have to hear about or deal with ever.

“Um, what point is there in downgrading the correct anatomical name for a born female’s genitalia to ‘front hole.’ I can’t even,” commented another disgusted Twitter user in response to the HRC tweet.

“I’m pretty sure we’ve arrived at the Singularity now,” joked another. Enlightenment has been a total black hole.”

Perhaps the most declarative tweet of all was one guy’s chastisement about how the HRC foundation “does not own language, fortunately.” He concluded this tweet by stating simply, “I have two specific words for them,” which you can figure out on your own.”

As we’ve reported in the past, the HRC has been pushing all sorts of lies about transgenders, including the bizarre claim that they’re victims of a “murder epidemic” being perpetrated by “transphobes.” But the facts show that this is false, and that transgenders aren’t being murdered at a rate any different than that of non-transgenders.

So, it’s really no wonder that the HRC is now trying to redefine words to make “trans bodies” feel better about their mutilated selves – which of course attempts to put the rest of society in the awkward position of having to play along with this insanity in order to remain politically correct.

“Confusing children about the basics of life is evil,” wrote one commenter at The Gateway Pundit. “Kids don’t survive leftist lies. Plant the lie. Grow the delusion. Reap the death.”

“Transsexuals are mentally ill,” wrote another.

To read more stories like this, check out Twisted.news.