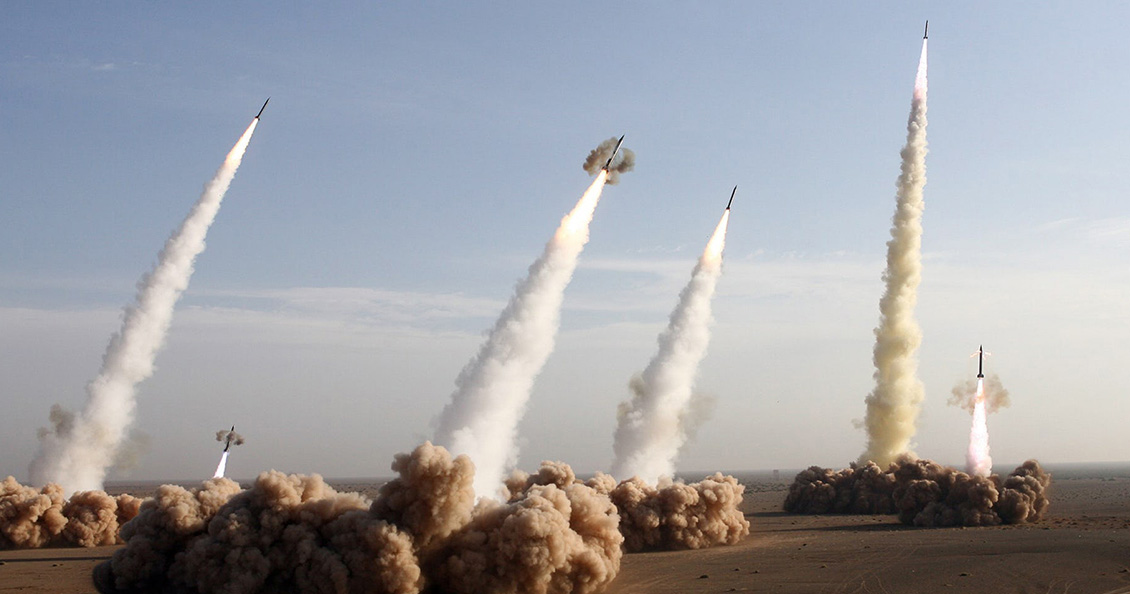 Okay, we know that 25 percent of their launch failed (4/15), but the good ones are pretty accurate. Actually, Iran can drop an ICBM on a football field, from a few thousand miles away. That is why early detection is so important. Back in the day, during a missile attack on a base in Vietnam, the communists were lucky if they actually hit in the general vicinity of where they were aiming. If a soldier wasn’t loitering around the ammo dump, they had a pretty good chance of making it to a bunker, unless an errant missile dropped on top of them.

How did the troops escape the Ayatollahs Hell from above? They got a heads-up with plenty of time to get to a shelter and break out the playing cards. I’m not making lite of the danger they were in; in Vietnam, your early warning was the first mortar or rocket exploding. So how does this much-improved system work?

According to an online article written by Daniel Oberhaus from Wired, “The US has a vast network of radars and satellites dedicated to tracking missile launches around the globe…One of the biggest improvements in early warning technology has been seen in space systems, which keep a constant watch for missile launches across the entire globe. At present, the US has four missile-tracking infrared satellites in geosynchronous orbits—meaning they never change position relative to the surface of the Earth—and two additional infrared missile detection systems likely hosted on classified National Reconnaissance Office satellites.

Obama Sent Troops to be Slaughtered by Madman Soleimani

Oberhaus added: “Once a satellite detects a possible missile launch, it triggers an alert at the Missile Warning Center, run by the US Space Command out of the Cheyenne Mountain Air Force Station in Colorado. There, military analysts work to confirm that the detection is legit and process the trajectory of the missile to determine where it will strike… How long the whole process takes, from detection to direction, depends on the launch location and target. In the case of the Iranian attack, US officials say troops had hours of advance warning of an impending attack from communication and signals intelligence, but the warning after the missile launch was likely only a few minutes to disperse.”

It sounds like the Communications crew was listening in on the Iranian chatter. That gave the base command time to get their people to safety. Every piece of this formula is critical.

The Cold War detection systems were primitive compared to today, mainly relying on ground radar. For this radar to work, the missile had to get above the horizon before it was detected. Accuracy in determining where a missile would land was spotty at best.

Our system desperately needs to be upgraded

Fortunately, Iran doesn’t have better technology in their missiles. Our current system will soon be inadequate to deal with missiles that can change direction in mid-flight, or hypersonic missiles which can be on target before calculations and warnings can be issued. According to of the Department of Defense: In 2018, the Air Force awarded Northrop Grumman an $866 million, five-year contract to upgrade three ground-based warning radar systems in the US. Last year, Congress approved a $160 million budget transfer to accelerate the development of a new generation of five missile-tracking satellites, the first of which is expected to launch in 2025.

It was a bad day for the Ayatollah

The Iranians just pissed away over $100 million dollars on their missile fireworks show. That number is based on fifteen missiles at a $7 million-dollar price tag per missile, plus incidental expenses. How much bang did they get for their buck? Well, the infrastructure damage is unknown, but if they were trying to exact revenge using human lives (Iraqi or American) as currency, they got screwed. Of the fifteen missiles fired, four were duds (there goes $30 million right there).

Not only did over sixty Iranian mourners die, and 200 others injured in a stampede during Soleimani’s funeral procession, but Iran also managed to kill 140 more when they panicked and shot down the Ukraine airliner. By refusing to turn over the plane’s black box to Boeing, they are all but admitting their guilt. So, on Ayatollah Revenge Day, the score was America: 400 Iran: 0.