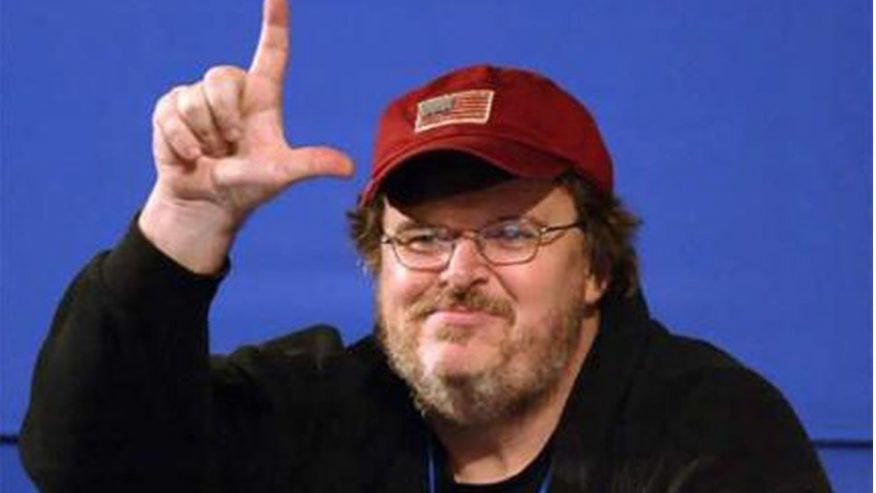 As we reported earlier, wealthy left-wing filmmaker Michael Moore begged the Iranian regime to let him and his fellow leftists take Trump out.  He doubled down on the stupid with another tweet on Tuesday, apologizing to the Iranian dictator for the death of terror leader Qasem Soleimani.

“Sir, I deeply regret the violence on our behalf by a man that most Americans have never voted for. Avoid power. A sincere man, Michael Moore, an American citizen,” he said in a poorly-written message roughly translated into Farsi:

The filmmaker was blasted for apologizing to Iran and for his poor translation into Farsi. Yashar Ali, an American journalist of Iranian descent, replied to Moore, writing, “If you want to truly appeal to the Supreme Leader — which is impossible because he is deeply mistrustful of Westerners — I would start by having a native speaker/professional translator handle your translations. This is poorly written.

Hey @MMFlint . I suggest you move to Tehran to learn Farsi. Perhaps then you will understand what it is like to live in a place that was ruled by the likes of #Solaimani https://t.co/KJREbq5LqL

I appreciate and agree with your sentiment against war. But you realise that you are addressing a man who also wasn't elected and who recently had 1,500 unarmed protestors killed?

One person called Moore, “Hanoi Mike,” a reference to “Hanoi” Jane Fonda, who embraced the North Vietnamese back in the day.

I hate Trump
I hate America.
And most importantly…By the grace of Allah, someone direct me to the closest Dunkin Donuts.

…He does political stunts for a living and that’s what this is. There’s clearly a big market for this sort of thing so he’ll keep selling his wares. Still, it’s amazing that he’d rather cozy up to a theocratic dictator and the world’s leading state sponsor of terrorism than an American President. It’s a long way to go to own the cons.

And remember, this IS Michael Moore, a man who constantly demonstrates his abject stupidity and hatred of America on a regular basis.