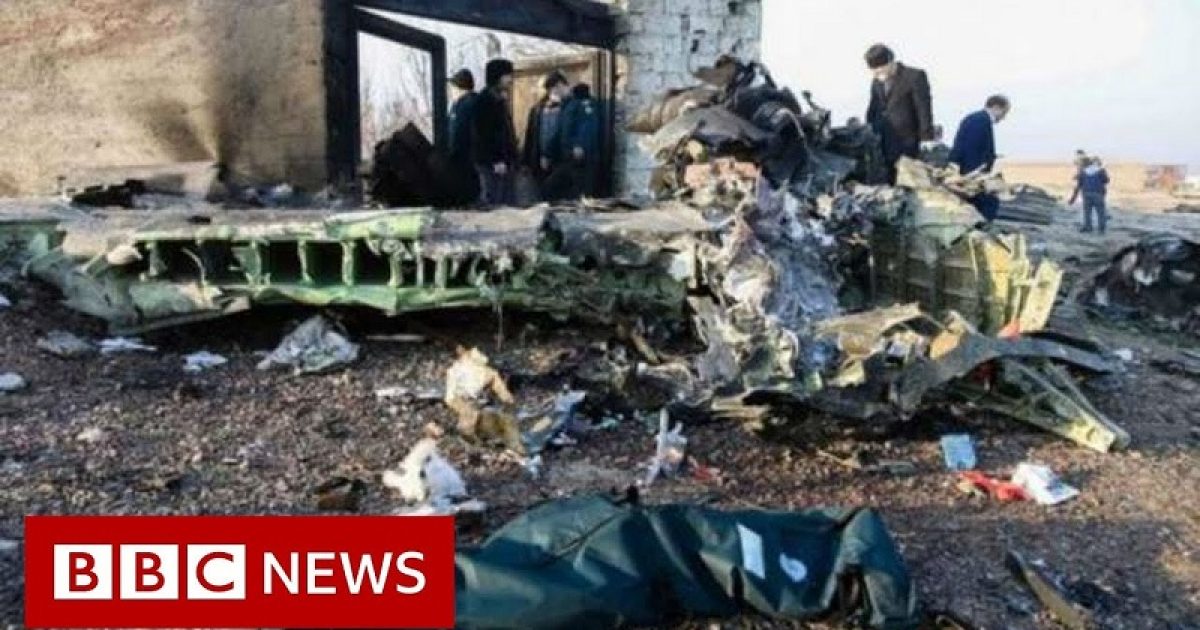 Four hours after Iran bombed the Iraqi airbases used by the United States military, a civilian airplane leaving Tehran, Iran caught fire and crashed. Intelligence officials in Iraq and the U.S. now believe the plane was accidentally shot at and hit by an Iranian anti-Aircraft missile. Ukrainian International Airlines Flight 752 was hit by fire from a Russian-built Tor M-1 (SA-15) surface-to-air missile system.

The suspicion is that the anti-Aircraft personnel were on high alert because of the possibility of an American bombing attack in response to the Iran attack earlier that evening.  The plane was carrying mostly   Iranians and Iranian-Canadians. It crashed shortly after taking off from Tehran’s Imam Khomeini airport, killing all 176 people on board. Apparently, someone mistook the civilian plane which had just taken off on it’s way to Kiev, for a military aircraft.

An initial report released by Iran’s civil aviation organization on Thursday cited witnesses on the ground and in a passing aircraft flying at high altitude as saying the plane was on fire while still in the air.

.@cbsnews: US officials are confident Ukrainian Flt 752 was shot down by Iran. US intelligence picked up signals of the radar being turned on & satellite detected infrared blips of 2 missile launches, probably SA-15s, followed shortly by another infrared blip of an explosion.

The revelation comes as Ukrainian investigators reportedly are awaiting permission from Iranian authorities Thursday to examine the crash site and look for missile fragments. Iran has denied that a missile took down the Boeing 737 bound for Kiev, and its officials have blamed a technical malfunction for the aircraft’s demise.

Iran did not immediately respond to the Ukrainian remarks. However, Gen. Abolfazl Shekarchi, the spokesman of the Iranian armed forces, denied a missile hit the airplane in comments reported Wednesday by the Fars news agency.

He dismissed the allegation as “psychological warfare” by foreign-based Iranian opposition groups.

The WSJ says a Ukrainian team arrived in Tehran Thursday morning and is looking at the black box.

A team of 45 Ukrainian experts and officials arrived in Tehran early Thursday and will be involved in decoding the plane’s black boxes and identifying and repatriating bodies. The team had already collected DNA samples from relatives of the victims in Ukraine.

“The priority for Ukraine is to establish the causes of the crash,” Ukrainian President Volodymyr Zelensky said. Ukraine said Mr. Zelensky spoke by phone with Iranian President Hassan Rouhani, who pledged full cooperation in the investigation, including sharing all data with Ukrainian officials on the ground in Tehran.

Usually, with major airplane disasters anywhere in the world, the U.S. National Transportation Safety Board helps with the identification based on their skill and technology for completing the task. The company that built the plane, in this case, Boeing, also participates. But Iran will not allow the Transporation Safety Board or Boeing work in the investigation.

I would suggest they were covering up something, but Ukraine is involved, and I can’t see them covering up an attack on their planes. Besides, there’s a video:

Cross-posted with The Lid