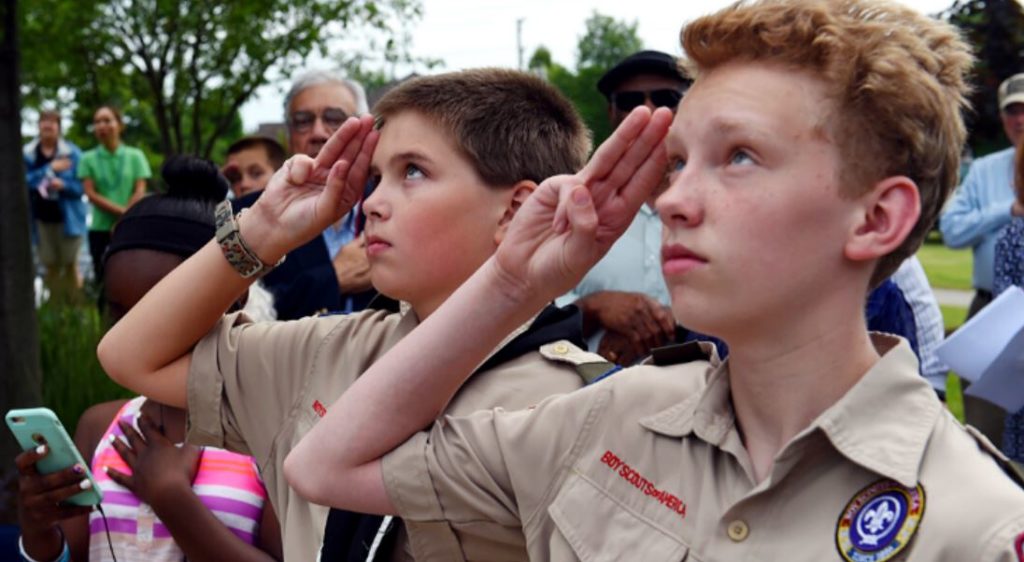 Lawyers for eight plaintiffs filed a lawsuit in federal court in Washington D.C. on Monday, demanding justice for victims of sexual abuse allegedly committed by leaders of the Boy Scouts of America (BSA). The lawsuit states that the organization failed to protect children who were entrusted to their adult scoutmasters and leaders. The eight plaintiffs are identified as John Does 1 through 8.

The lawsuit states that the BSA was fully aware that their organization had attracted pedophiles into its leadership and did nothing to stop the abuse. Further, BSA refused to acknowledge the abuse was taking place despite maintaining secret files of leaders known or suspected of committing acts of sexual abuse.

Although the BSA submits annual reports to Congress, the lawsuit states that “never once in 103 years of reporting to Congress has BSA disclosed the fact that its programs were, and are, magnets to tens of thousands of pedophiles. Instead, BSA’s Reports to the Nation have miscast the organization as a bastion of moral authority.”

Courthouse News reports that the plaintiff’s lawyers are associated with the Washington firm Zuckerman Spaeder and Abused in Scouting, a nationwide legal team that is currently signing up hundreds of clients across the United States who allege they were sexually abused by scoutmasters. The team of lawyers state that the federal court in D.C. is the appropriate venue for the lawsuit because the Boy Scouts were originally incorporated there in 1910.

Additionally, in 2019 the District of Columbia, New York, New Jersey, and California change their rules for statutes of limitations allowing lawsuits for claims of sexual abuses that may have occurred decades ago. The eight plaintiffs live in states—Arkansas, Arizona, Florida, Hawaii, Kentucky, Utah, Virginia, and West Virginia—where the statutes of limitations prevent them from suing the Boy Scouts. The attorneys hope that choosing Washington D.C. as the venue will allow the alleged victims to seek justice.

“We’re intentionally trying to make this a venue for a national case against the Boy Scouts,” Aitan Goelman, one of the plaintiffs’ lawyers, told Courthouse News. “We’re doing it conscious of the fact that it’s unusual and we explain why we believe it’s legally sound.”

Although listed in the lawsuit as John Doe, one victim recently chose to speak on the record with the Associated Press. Dave Henson, now 39 years old, says he was abused by an assistant scout leader in Lake Dallas, Texas, starting in 1991 when he was only 11 years old. Henson says the abuse went on for five years and has left him enduring anxiety, shame, and depression. “The abuse occurs once you’re isolated from the rest of the group, and you stay in that isolation for years,” he said.

The Boy Scouts of America continue to face allegations of sexual abuse of children, and this latest lawsuit is only one of hundreds more expected to come. The Boy Scouts told the Associated Press they do not comment on pending litigation and reiterated that they “believe victims, support them, and will pay for counseling by a provider of their choice and we encourage them to come forward.”

Unfortunately, stories like this are rampant across the world. From teachers, principals, police officers, politicians, celebrities, and royalty, the world has a problem with pedophiles and sexual abusers. Hopefully the changing tide will bring some relief to the victims and justice to their abusers.