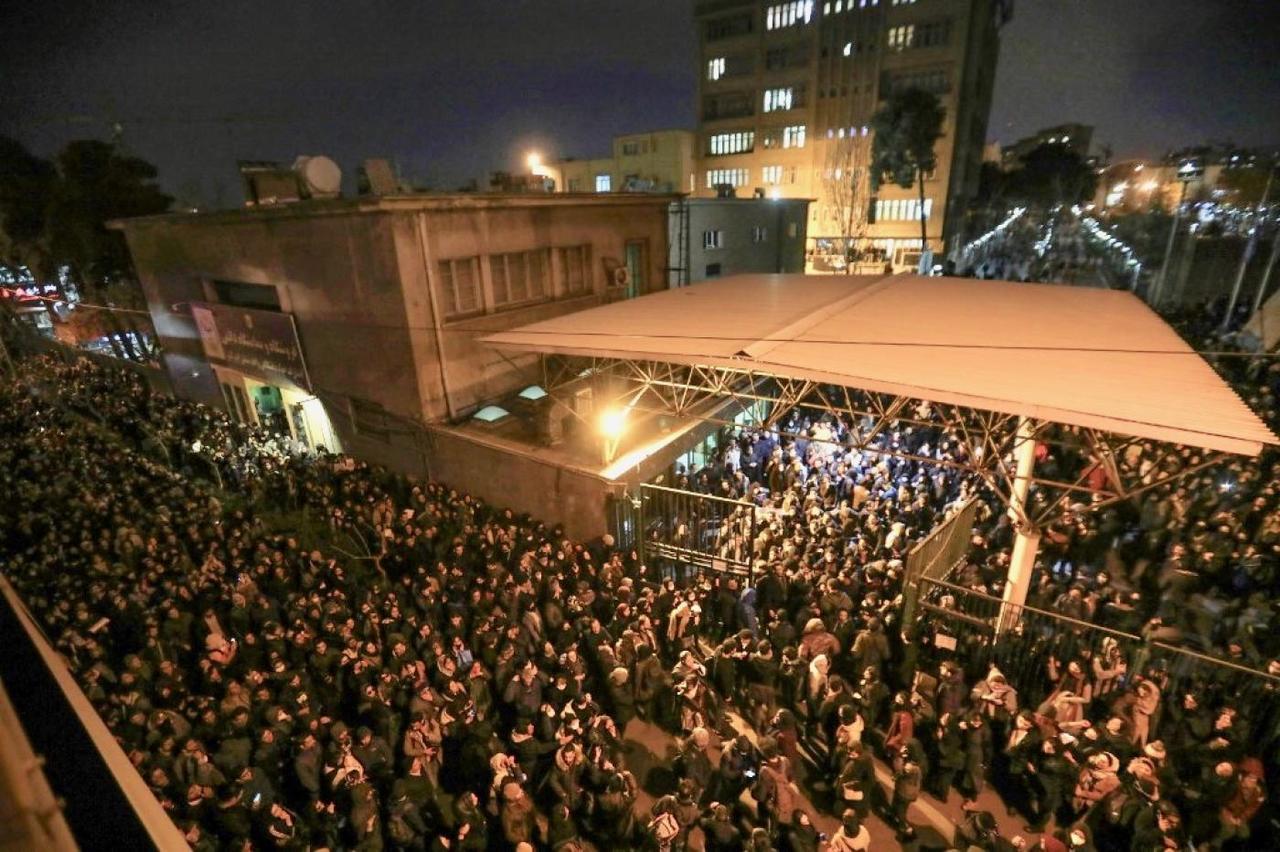 Mass protests have again broken out in Iran at the end of a chaotic week for the country, capped by the early Saturday admission and apology for the military accidentally shooting down a Ukrainian passenger plane, killing all 176 people on board.

Additionally, it appears that the British ambassador in Tehran, Rob Macaire, was arrested shortly after photographing the protests. Iranian state sources are alleging he was helping to “organize” and incite the protests.

The UK ambassador to Iran Rob Macaire has been arrested during the protests in Tehran on Saturday, Iran’s semi-official Tasnim news agency reported.

Macaire was present during the Saturday protests in front of Tehran’s Amir Kabir University and was arrested then, Tasnim’s report said.

The UK Ambassador to #Iran has been arrested while photographing current protests taking place in #Tehran related to #PS752 and other grievances.

Though he’s reportedly already been released, the incident is likely to spark a major diplomatic row between the UK and Iran, given it’s almost unheard of to arrest a country’s highest diplomatic official.

In the first major protests since the Jan.2 US assassination of IRGC Quds Force chief Qasem Soleimani, angry student-led demonstrations broke out in front of Tehran’s Amir Kabir university demanding that Iran’s leaders, including Ayatollah Khamenei step down over their initially concealing the truth about the airline downing.

However, their size in the hundreds paled in comparison with prior anti-government protests in the tens of thousands last November across multiple cities, which actually saw possibly hundreds killed in clashes with police which often involved live gunfire to put down the crowds by security forces.

Students at Amir Kabir University in Tehran chant against Iran’s Supreme Leader Khamenei calking him a killer who can not lead. #IranPlaneCrash ✈️ pic.twitter.com/pbkqzBy5sn

In a rarity, Iranian state media also acknowledged the new anti-government unrest fueled by news that it was Iran’s Revolutionary Guards which shot down the passenger jet, and not “mechanical failure” as was initially claimed.

As Reuters describes of the semi-official Fars report:

The report said the demonstrators on the street also ripped up pictures of Qassem Soleimani, the prominent commander of the Guard’s Quds Force who was killed in a U.S. drone strike.

The agency, widely seen as close to the Guards, carried pictures of the gathering and a torn banner of Soleimani. It said the protesters numbered about 700 to 1,000 people.

Video also showed moments where police rushed in to attempt to quash the growing protests, which could turn into bigger demonstrations Sunday.

One regional report cited an Iranian protester’s grievances as follows:

“They were so careful not to kill any American in their revenge for Soleimani. But they did not close the airport? This shows how much this regime cares for Iranians,” said Iranian citizen Mira Sedaghati after the Iranian military admitted mistakenly shooting down the jet.

It also appears Iran’s significant political opposition in exile is seizing on the dramatic events of this week, with exiled Persian Crown Prince Reza Pahlavi issuing a statement on Saturday saying, “This is not human error. This is a crime against humanity.”

He added in the Twitter statement: “He who has irresponsibly empowered his thugs to fire at will at innocents bears full responsibility. Enough is Enough. Khamenei and his regime must go.”

“Vigils that were held near Amir Kabir University quickly turned into anti-government protests with people calling for the IRGC to leave the country,” an Al Jazeera correspondent reported from the scene.

“The morning was not good today but it brought along the truth,” Zelensky said in a written statement early Saturday morning.

#Iran Jan-11- #Tehran,
The state security forces shoot tear gas into the crowd of students outside #AmirKabir University. Ridiculing the regime the voice says:
"they are mistakenly shooting tear gas at mourners" referring to the regime saying the #IranPlaneshotdown was a mistake pic.twitter.com/iMhhFAo9kU

“But we insist on the full acceptance of guilt. We expect Iran to pledge readiness to carry out a full and open investigation, to prosecute those responsible, to return the bodies of the dead, to pay compensations, to extend official apologies via diplomatic channels,” the Ukrainian president wrote.

The voice of the Iranian people is clear. They are fed up with the regime’s lies, corruption, ineptitude, and brutality of the IRGC under @khamenei_ir's kleptocracy. We stand with the Iranian people who deserve a better future. pic.twitter.com/tBOjv9XsIG

Among the many Iranians killed were also 11 Ukrainians as well as 63 people from Canada.

US Secretary of State Mike Pompeo has already seized on the protests, tweeting they were a sign that the Iranian people “are fed up with the regime’s lies, corruption, ineptitude and brutality”.