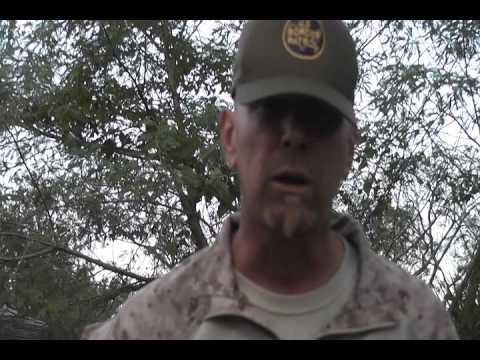 Kevin Massey was a former member of the Texas border militia group, Rusty’s Rangers. In 2014 his group embarrassed the Obama administration’s Border Patrol by stepping in and proving illegal immigrants could be located and apprehended. Their successful high-profile civilian operation came under fire by illegal immigrant advocates and law enforcement.
Texas ranchers with land on the border praised the work of Massey and the other Rangers. For years the ranchers had pleaded with the federal government to do something about the problem of destroyed fences, stolen property, and missing or slaughtered livestock. Family members and workers no longer felt safe on these ranches until Massey and Rusty’s Rangers entered the picture.

Massey and others in his group were referred to as vigilantes and racists by the media and organizations like the Southern Poverty Law Center, but they were popular where it counted, on the border near Brownsville, Texas. Dressed in military fatigues and well-armed, they patrolled, often at night , knowing there was a high probability they would encounter armed drug smugglers.

Their high-profile success lead to word getting out. Smugglers chose other areas to operate in rather than risk a run-in with the militia group. Their exploits were touted by advocates on social media, and Massey became a folk hero to those who believed the government was intentionally allowing our Southern border to be overrun. Obama’s Justice Department wanted him and his militia group gone.

Never one to shrink from confrontation, Massey loudly proclaimed himself to be outside the reach of tyrannical government laws. He flaunted this belief, and was eventually arrested for possession of homemade explosive devices. The militia group operated out of a ranch on the border and established a headquarters they referred to as Camp Lone Star.
Determined to silence Massey, federal authorities painted him as having an affinity for heavy weaponry and known to display an “alarming rage.” When the government federales publicly accuse a person of being “armed and dangerous,” you can count on a high likelihood of a death by cop.

Massey had finished serving a 41 month federal prison sentence when he decided it was in his best interest to go on the run. Allegedly, even after he was released from prison he continued to make strong anti-government statements and threatened to assassinate George Soros, Hillary Clinton, and Barack Obama. His anti-government stance, plus his popularity with many who followed him on social media, made him a risk—according to the feds.

Massey’s followers considered him a patriot willing to stand up to a tyrannical government. They created a Facebook page for him touting his border security exploits “repelling foreign invaders. Even then-candidate for Texas Governor, Greg Abbott took time to meet with him and pose for a photo

No matter what his followers thought, the FBI considered him a domestic terrorist with violent tendencies. This argument was presented during his 2015 trial: “Defendant Massey is a man who calls upon God to end the lives of the innocent to gratify his anger,” Assistant U.S. Attorney William Hagen wrote in 2015 in his unsuccessful attempt to seek a tougher prison term for Massey. “Defendant has called upon those who may share his misguided and misinformed views to take up arms in resistance against civilized laws enacted to protect the public.”

Painted as a dangerous fugitive and fearful of capture, imprisonment, or worse, Massey moved around the State of Texas often. As far as anyone knows (his wife refuses to comment), he was never suicidal. So how did his body end up in a small grove of trees outside Willis Point, Texas, with a single gunshot wound to the head?

Massey was 53 years old when he died—however he died. He had embarrassed and made some powerful enemies. He had no suicide attempts in prison, at least none on record. His courage in standing up to the President and senior law enforcement officials, and his efforts to secure a very dangerous region of the Texas-Mexico border doesn’t paint a picture of depression and helplessness which normally accompany suicide.

So, which is it, suicide or do we just add his death to a growing list of people who stood up to the Deep State?