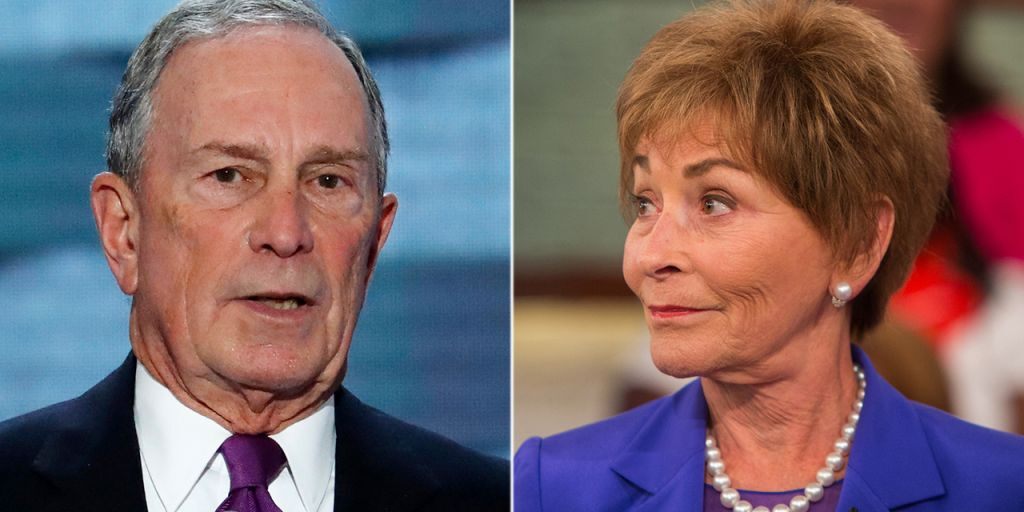 So a gun grabber took his campaign to Texas?

It’s amazing that 45 showed up and surprising they did not shoot him.

I wonder how many of the 45 were paid to be there?

Michael Bloomberg can’t even get people to visit with a legitimate TV star by his side.

This reminds me of the 2016 campaign.

LeBron James was, and still is, loved in Cleveland.

But basketball is not politics.

Stick to your day jobs.

Here’s more from The Washington Examiner:

Former New York Mayor Michael Bloomberg claims he is ready to spend more than $1 billion in an effort to oust President Trump, but money may not be bringing supporters to his campaign.

Just 45 people showed up to Bloomberg’s latest rally with TV star Judge Judy Sheindlin in Texas on Saturday, according to the New York Post.

“Unlike everyone else in this race, I think what’s important is beating Donald Trump,” Bloomberg told the sparse crowd of fewer than 50 people in San Antonio.

Bloomberg, 77, has eschewed tradition by entering the race late, forgoing attempts to make the debate stage, spending big out of his personal account, and focusing on the later states in an attempt to gain the 2020 Democratic nomination.

He has bought a $10 million TV spot that will air at this year’s Super Bowl, and his campaign’s digital ad buys are set to outpace Trump 4-to-1.

During his 13-minute stump speech, Bloomberg highlighted efforts to increase teacher pay in New York and his plan to cut carbon emissions. He then attacked Trump, saying he would spend less time tweeting when he was president.

“I can’t spell very well, so that’s relatively easy to do,” stated Bloomberg.

Spelling is not your problem Mr. Bloomberg.

Your policies are your problem.

This is only speculation but…

If the truth were to be told a few of those 45, at least, were probably packing and just didn’t have the guts to finish the job.

This man is dangerous.

He has zero chance to win in a fair election, but Democrats do not always fight fair.

If Bloomberg wins The White House I am moving to my basement.

I’ve got plenty of firepower down there Bloomberg.

Send your armed goons to get it.