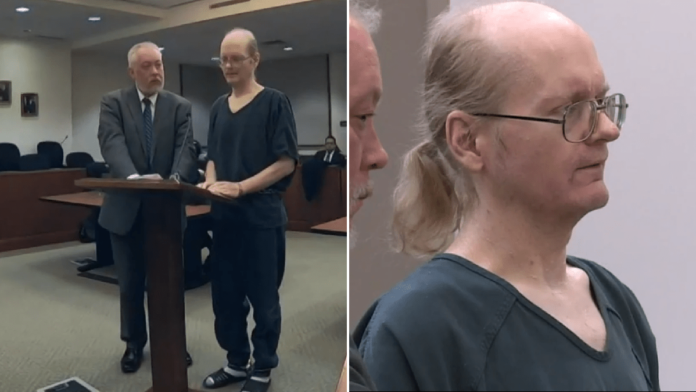 Even though well-intentioned, when prosecutors went after those years ago who were peddling pornography, they ultimately fell for the trap laid for them that such things were protected under the First Amendment.  Now, that kind of rhetoric is being bantered by a 45-year-old convicted sex offender that identifies as an 8-year-old girl, whose home computer was found with computer-animated child pornography is now claiming that is protected under “free speech.”

Joseph Gobrick, 45, of Grand Rapids, Michigan claims the images found on his home computer were computer-animated and protected under the First Amendment.

“I’ve always been an 8-year-old girl,’’ Gobrick said at his sentencing, in which he will spend at least a decade in prison unless someone finds out about his crime and kills him there. “And even my drawings and fantasies, I am always an 8-year-old girl.’’

However, police claim that there are actually 8 real children that were identified in the pornography on Gobrick’s computer.

“Even during the trial, the defendant continued to draw, talking about raping babies in the Kent County Jail and making other statements about how this is his constitutional right to continue to do so,” Helmer said.

“Based on everything he’s said and done, including bragging about what he was drawing in his cell, he obviously doesn’t think child sexually abusive material is wrong,’’ Denenfeld said. “This isn’t just virtual stuff; this is also real people being harmed.’’

The case was bizarre, to be sure. At a bench trial, Gobrick fired his court-appointed attorney and opted to represent himself.

He argued the images found on his computer were created using an image manipulating program. He also said the images were protected under the First Amendment.

Denenfeld found him guilty on three counts of child sexually abusive commercial activity and using a computer to commit a crime.

Gobrick continued to maintain his innocence at sentencing and challenged the legality of his prosecution.

“Under the law, Auschwitz was legal,’’ Gobrick said, in an apparent reference to the Nazi concentration camp in southern Poland. “What you’re doing here is wrong, just as Auschwitz was.’’

To be sure, Gobrick clearly has a criminal mindset and has severed his conscience to the point of saying the desire to rape children is somehow “right.”

He gained his conviction in New York in 2001 as a sex offender, but claims he is not attracted to children.  I guess he must just hate children, which is what his criminal behavior suggests.

“I would no sooner have sex with a child than you would with a rattlesnake,’’ he told the judge. “It’s just not safe.’’

He was arrested in 2018 when a minor was discovered in his home in Michigan after she was listed as endangered and missing.

I’ve got a suggestion for Michigan:  Jesus said people like this should take a millstone and tie it around their necks and cast themselves into the sea rather than offend a little one so, instead of forcing the people of Michigan to keep this degenerate up for the next 10-20 years, why not take him to one of the Great Lakes, give him some rope and a millstone and give the order and be done with it?

Oh, that would be too cruel, Tim.  Really?  And it’s not cruel to force innocent people, including those who were harmed in that pornography to pay for his upkeep for the next one to two decades?

America needs to stop showing more mercy to criminals than their victims.

This guy could be the first example if people really demanded justice.