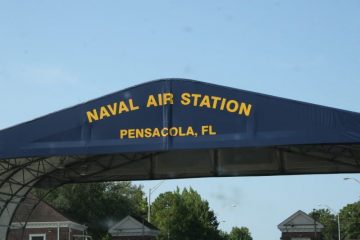 What are the odds of a Saudi Aviation Student Being into Child Pornography and Terror?

Out of twenty-one local Saudi aviation students investigated in connection with the Dec 2019 Pensacola terrorist attack, fifteen had child pornography on their computers. That’s a rate of seven out of ten (70%). What’s wrong with these people? Supposedly the Saudis send the best of the best for this training. If the perversion rate of this elite group is 7/10, how much higher is it for the lesser beings over there?

Experts on the psychology behind child pornography believe this activity stems from a deep sense of sexual inadequacy or from traumatic early childhood sexual experiences. Considering the Muslim culture in many countries, young boys being used for sexual gratification is not uncommon. Yet it is difficult to imagine the Saudi upper-caste, the ones chosen as officers and pilots, being subject to such degradation.

Whatever the reason for this deviant behavior, it is important for law enforcement, and those who will be vetting future students, to be aware of the unnatural proclivities of Muslim officers coming to our country. Perhaps a monitoring system to keep track of their cyber activities would be in order.

An even higher number of these twenty-one Saudi officers had jihad materials in their possession. Seventeen (8/10) had anti-American literature on their computers or in some other form. That’s a lot of very focused hatred towards the host country that is training them so they can go back and keep their nation safe. How does such a large percentage of Saudi officers become so thoroughly indoctrinated?

What is going on in Saudi Arabia that produces so much animosity towards the US? Supposedly, many of these students were angry at our nation for supporting Israel, yet the two nations are unofficially allied against Iran. Additionally, the Saudi Kingdom is reported to be negotiating with Israel to purchase some of their surplus natural gas. If that is the case, and Saudi ties to Palestinian causes are weakening, it isn’t the Saudi government indoctrinating these officers.

So, the brain-washing is either coming from their families or their religious leaders. In either case, vetting future students will be difficult without cooperation from Saudi intelligence.

When US Attorney General Barr was asked why these students weren’t facing child pornography charges in the US, he replied that the level of involvement didn’t “meet the threshold” for prosecution–whatever that means. The Saudi government is willing to return the students to the US to face any charges which may arise from the continued investigation.

What about other Saudis in the US?

In several Pew Research surveys of Muslim attitudes in America, upwards of 20% report believing that jihad against US civilians could be a reasonable option. Once again, this is a self-report survey, so we could expect the real number to be higher. The 80 percent ratio of pro-jihad officers at Pensacola was gleaned from actual proof taken from their computers, not self-report. If we try to balance these two results (20% vs 80%) it would be reasonable to believe the actual number of Muslims willing to wage or support violence against US citizens to be much closer to the higher end.

Americans are naïve about the dangers of having so many people who hate us in our midst. We may experience some political animosity, especially during an election year, but that pales against people who come from countries with a multi-generational history of cultural hatred and bloodshed. They don’t forgive, and they sure don’t forget. The military industry executives and their investors responsible for continuing to push more Middle East immigration are safe. They’ll not be the ones most likely to be subjected to the street-level violence that eventually will sweep across America.

Why are we training and arming our enemies?

Attorney General Barr started off his briefing with a statement supporting the continuation of our training agreement with our ally, Saudi Arabia. In a tip of his hat to the aviation industry, he dropped in the comment that these Saudi students go home and fly American aircraft. Maybe that’s the answer. Maybe it is all about money.

In that case, how much was each of the three American lives worth, that were lost in this terrorist attack?

Audience Banned From Liz Cheney Debate ‘Because She Is So Hated By Her Voters’
July 1st, 2022 Conservative Firing Line