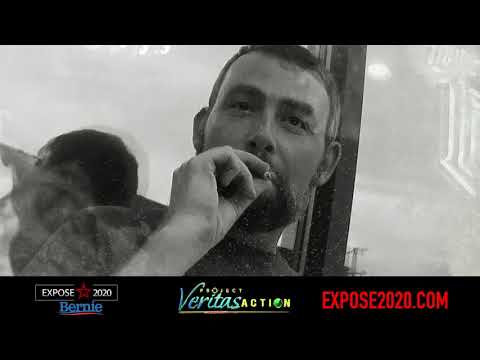 Christina Lalia has this:

Project Veritas on Wednesday released part 2 of his “Expose 2020” series showing a Bernie Sanders field organizer praising Joseph Stalin and saying he had a legitimate reason to use gulags.

Earlier this week Veritas released a video of the Bernie field organizer calling for mass murder of opposition if President Trump wins reelection.

• Jurek Claims That “…Our Prisons, in the United States Right Now, Are Far Worse. Far Worse Than Anything That They Experienced in a F***ing Gulag. Like People Get Raped. People Get F***ing, Work Twelve Hours a Day. People Have to go Fight Fires in California for a Dollar. You Know What I Mean? That’s F***ed up. That’s Super F***ed Up. Soviet Union Didn’t do That S**t.”

• Believes That Americans Opposed to Socialism Must be Re-Educated.

• Jurek: “Like and No Matter What Country and What Laws Were, That Exist, They’re Irrelevant to, There Are Things Greater Than Those Systems, Right? There Are Things That Are More Important Than the Rule of Law in the United States, When it Comes Down to the Existence of the Human Race.”

• Admits to Participating in Antifa Events, Reveals That “A Lot of Them Are Probably on the Bernie Campaign.”

O’Keefe said that the Secret Service was notified over a Trump assassination concern.

As if part 2 wasn’t big news, the bigger news may be in the reaction of Sanders’ camp.

Rather than answer questions, staffers have simply begun to lock their accounts on Twitter.

I saw one commenter mention that they might be purging old tweets that could be questionable.

In light of the current controversy, that is very possible.

I’m thinking a Bernie presidency wouldn’t be very transparent, in light of this.

Bernie is a ‘LARGE C’ communist.

I am tired of people using the socialist moniker for this guy.

He is way beyond that.

He really doesn’t even try to hide it anymore.

His words grow more bold by the day.

If this man wins the presidency there won’t be enough room in gulags for all of us.

We must expose him.